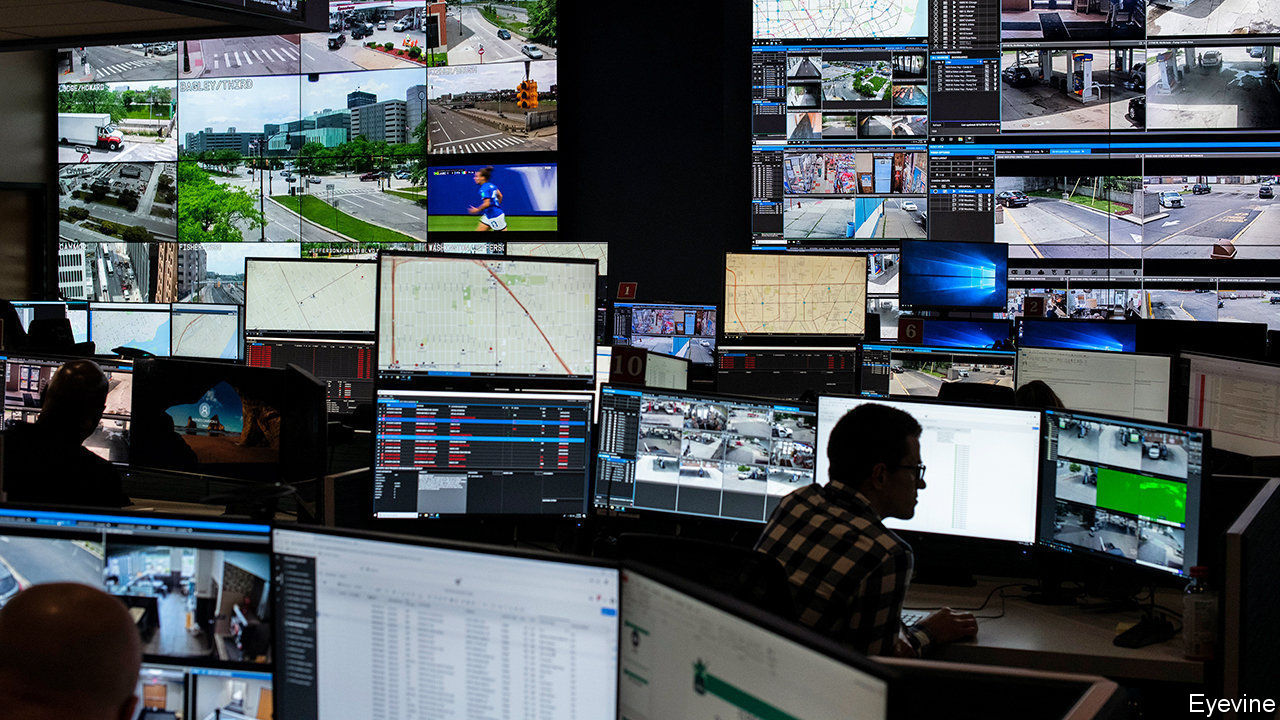 With federal legislation stalled, cities and states go their own way

AMONG THE most pernicious aspects of the range of surveillance technologies available to the average police force is how they can render the visible invisible. For instance, you would notice if a police officer walked down your street every day, writing down the licence plates of every car. A police department would have to decide that assigning an officer to that task is worth the time and manpower. But automatic number-plate readers (small, flat cameras attached to the hood or boot of police cars) do the same thing, and unless you know what they look like, you would probably never notice them—yet they can compile a granular record of everywhere you drive.

Such technologies make the police’s job easier. But they can chill free expression: public employees, say, might hesitate to attend political protests or rallies if they knew they would be tracked. Other forms of surveillance technology, such as devices that simulate mobile-phone towers, can gather and store metadata from every phone in a certain area: websites visited, texts sent and received, whom the phone called, when and for how long. Facial recognition allows the state to track everyone, everywhere, all the time. Regulations surrounding who can use these technologies and access their data are often non-existent—but city by city and state by state, that is starting to change.

On February 12th Minneapolis’s city council unanimously voted to ban its police department from using facial recognition and asking others to run face searches on their behalf. It joins a growing list of mainly liberal cities banning police from using the technology, including Oakland, San Francisco and other parts of the Bay Area; Boston and some of its surrounding suburbs; the Portlands in Maine and Oregon; and Vermont—so far, the only state to enact a full ban, though three others (California, Oregon and New Hampshire) prohibit police from using it on footage from body-worn cameras.

Medaria Arrandondo, Minneapolis’s police chief, complained that the ban was enacted without his “insight or feedback”, and argued that facial recognition “can be utilised in accordance with data privacy and other citizen legal protections.” Not everyone is so sanguine. The bans stem from similar worries: that facial recognition is dangerous both when it is effective and when is not. Effective facial recognition risks ending public anonymity. A report from Georgetown Law’s Centre on Privacy and Technology published in 2016 found that half of all American adults have their pictures in a facial-recognition database accessible by law enforcement. That share is almost certainly higher today. Clearview AI, a facial-recognition firm whose service some American police forces use, claims to have a database of 3bn pictures, many of which it has scraped from the internet.

Ineffective facial recognition risks false identification, particularly of non-white people. A 2019 study by the National Institute of Standards and Technology, a federal agency, tested 189 facial-recognition algorithms from 99 developers, and found that they were far worse at identifying Asian and African-American faces than white ones—sometimes giving as many as 100 times more false positives for non-white faces than for white ones.

Similar concerns have led other jurisdictions to mull or impose limits on the use of facial recognition. A police-reform measure due to take effect in Massachusetts in July, for instance, requires that police obtain judicial approval before running a facial-recognition search, and then have someone else do it for them. Similar measures have been introduced in at least seven state legislatures.

In New York City, activists have a more modest goal (for now): transparency. Last June, the city council passed the Public Oversight of Surveillance Technology (POST) Act, which compelled the city’s police department (NYPD) to disclose what surveillance technology it has and how officers use it—something it had long resisted.

The NYPD published draft policies for 36 discrete pieces of technology on January 11th; by mid-April, the department is due to finalise its policies, taking into account public comments received (the comment period ended on February 25th). Some contend these policies provide a veneer of disclosure while revealing little of substance. Ángel Díaz, a lawyer with the Brennan Centre’s Liberty and National Security Programme, says the NYPD’s disclosures “across the board…were inadequate and often incorrect.” The NYPD claims, for instance, that “facial recognition technology does not use artificial intelligence [or] machine learning”—boilerplate language that shows up in numerous draft policies—when in fact many facial-recognition algorithms rely on both. (The NYPD did not respond to a request for clarification.)

The public has spoken up: Albert Fox Cahn, who heads the Surveillance Technology Oversight Project, a New York group that campaigns to regulate surveillance technology, says he expected several hundred comments, but estimates that more than 10,000 have been submitted. How seriously the NYPD will take commenters’ concerns is unclear, but activists are not optimistic. Still, as Mr Díaz notes, the POST Act “was always meant to be a first step…to help illuminate just how massive the NYPD’s system is, and how interconnected these technologies are. It can impel the public to demand more.”

Importance of Science and Technology in Our Daily Life