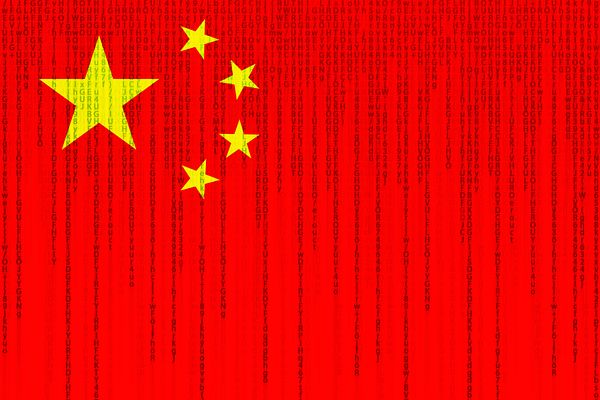 The future of modern warfare increasingly emphasizes technology, with a fast-emerging field being the artificial intelligence (AI) space. AI is becoming increasingly critical when applied to military applications; a notion China is heavily invested in. Strategic-level announcements by the Chinese government have promised as much, with China pursuing a “strategy for development that concentrates on advancing innovation, the contestation of leadership in next-generation information technologies – particularly artificial intelligence.”

These artificial intelligence tools run the gamut in terms of application, from facial recognition technology to autonomous vehicles and weaponry. However, China’s focus is on exporting this home-grown technology, enabling placement in – and potential access to — foreign security apparatuses. This influence is especially concerning given the growth of the Belt and Road Initiative (BRI), as China is using the BRI to help boost exports of its home-grown AI tools to other countries, providing a window of opportunity for Beijing to influence other nations.

China has been at the epicenter of innovation for artificial intelligence systems, particularly for those with an emphasis on national security and defense. This focus on exportable defense-based AI systems encompasses typical security functions such as mass surveillance and facial recognition, but has grown to include an “integrated joint operations platform” that uses “big data and artificial intelligence” to conduct “predictive policing.” Chinese autonomous aerial vehicles (UAVs) such as the Wing Loong 2 and CH-4 have been exported to great success, with key purchasers including the UAE, Saudi Arabia, Egypt, and Pakistan. Additionally, companies with global emphasis such as Huawei, Hikvision, and ZTE work directly in conjunction with other state-owned enterprises (SOEs) in order to develop the most advanced AI interfaces, with a reach of over 230 cities worldwide as of late 2019. Beijing’s ability to control domestic research facilities is further driving the growth in exportable AI development, ensuring China’s superiority in the AI space when compared to great power competitors like the United States and Russia. These AI systems have been trialed by China to great effectiveness, with two key examples being the crackdown on Uyghurs and the various cities that have piloted China’s social credit and public trust systems.

In contrast, the United States has attempted to pursue a governmental-led strategy to AI research. This has led to adverse effects for the export of artificial intelligence products with security applications, with the Export Control Reform Act of 2018 (ECRA) restricting the export of emerging technologies essential to the national security of the United States, to include artificial intelligence systems. This has ultimately created a developmental environment where many Western companies fear becoming too closely associated with the American military due to potentially losing access to China’s burgeoning markets. Additionally, backlash against firms with government affiliations has further contributed to the hesitancy for security-based AI growth in America, with firms such as Palantir and Google’s Project Maven facing significant public and internal repercussions in light of their defense focus.

China’s quest for dominance in the AI sphere extends to the supply chain for all artificial intelligence systems as well. This notion can be seen in the development of computing power necessary to power AI systems, specifically semiconductors. China has already invested $21.8 billion in the industry with the goal of expanding chip production efforts, with some predictions anticipating double-digit growth in future years. By doing so, China seeks to become more self-sufficient, allowing for the exportation of fully home-grown AI systems. In short, China’s reach will only continue to expand within the AI space, particularly as the AI market expands in both size and revenue with projections predicting a worth of over $50 billion by 2022.

Many countries have recognized the importance of adopting AI systems for national security purposes, seeing these automated systems as a way to fill gaps for trained personnel and increase transparency within their respective defense infrastructures. It must be noted that many countries in Africa, the Middle East, Asia, and South America use Chinese AI and surveillance technology exclusively, with ease-of-access, cost, and increased foreign direct investment (FDI) from the BRI no doubt being factors that contribute to this decision. Two examples that showcase this global push include Zimbabwe and the Philippines.

In mid-2018, Zimbabwe announced plans to utilize Hikvision’s facial recognition technology for border security purposes. The move only solidified the Hikvision/Zimbabwe relationship, particularly with Hikvision kick-starting a pilot smart city concept in Zimbabwe’s fourth-largest city, Mutare. The PRC’s AI investments in Zimbabwe continued in early 2019, with the government of Zimbabwe receiving donations of facial recognition terminals from CloudWalk Technology, a Chinese firm that has been sanctioned by the U.S. government for human rights abuses against the Uyghur community. These terminals were donated to construct a mass facial recognition system for the Zimbabwe government.

In the Philippines, the Department of the Interior and Local Government (DILG) launched a surveillance system project named “Safe Philippines” in the Metro Manila area in November 2019, in conjunction with the #DisiplinaMuna advocacy campaign. The DILG is attempting to improve its capabilities to ensure safety and security in the Philippines’ National Capital Region. The “Safe Philippines” project encompasses up to 12,000 surveillance cameras, utilizing AI tools in conjunction with facial recognition framework to accomplish this goal. This endeavor saw the Filipino government partnering with both Huawei and China International Telecommunication and Construction Corporation (CITCC) while borrowing nearly $400 million for this project, a move that feed into concerns about China’s debt diplomacy via the BRI. Chinese AI and technology are becoming increasingly utilized in other areas of the Philippines, as well, to include within the nation’s enormous call center industry and the country’s popular Dito Telecommunity phone service.

The examples of Zimbabwe and the Philippines showcase just two ways China is utilizing artificial intelligence, among other technology, to gain a foothold in foreign security and communication systems. Worryingly, the Heritage Foundation has described China as the “world leader in economic espionage and foreign influence operations,” raising suspicions that Beijing is using its BRI and FDI engagements to surveil other nation’s officials and business leaders. In Africa alone, organizations with ties to the Chinese state have already built 14 “secure” government intra-nets, in addition to gifting computers to at least 35 African governments. Latin America’s widespread acceptance of Chinese AI technology presents similar problems, with some projections anticipating these systems becoming “tools of Chinese intelligence collection and influence.”

The opportunities afforded China through the exportation of AI technology will enable Beijing to conduct high-level surveillance en masse, particularly based on China’s “long-standing pattern of using its foreign infrastructure projects for political advantage and industrial espionage.” In fact, similar patterns are already occurring in Ecuador, Myanmar, and Iran, among many others, with a significant emphasis on countries where the BRI is heavily present.

China’s dominance in the AI export sphere has emerged over the course of the past several years, with Beijing being heavily involved in sponsoring this growth through SOEs and other state-backed enterprises. As AI becomes more critical for foreign national security defense systems, Chinese systems are becoming part of foreign countries’ security apparatus. Foreign nations must exercise caution in adopting such AI systems, however. Whenever Chinese-based AI is used by third-party governments, it presents China with opportunities for political influence, economic espionage, and much more.

Hugh Harsono is currently serving as an officer in the United States Army. He writes regularly for multiple publications about cyberspace, economics, foreign affairs, and technology. He can be found on LinkedIn @HughHarsono. This content does not contain information of an official nature nor does the content represent the official position of any government, any organization or any group.

Fun, functional and affordable accessories for your home and office.

It happens to men, too. Know the signs.