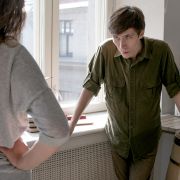 Abusers aren’t easy to spot. They hide in plain sight, often exhibiting Jekyll-and-Hyde behavior. In public, they seem smart, trustworthy, and charming with a personality that draws people in, but in private, they are a waking nightmare. Many abusers learn violence from their family of origin and repeat the toxic patterns with their own partner and/or children. They are also more likely to have trouble with the law as well as substance abuse problems.

Abusers often isolate their victims from family, friends, work, and any other outside sources of support. They may have explosive tempers and may become violent during an abusive episode; afterward, they become remorseful and try to woo their partner back with charm and affection and promises to change, but the abusive behavior rarely stops.

Heterosexual male abusers often believe in traditional gender roles, particularly that women’s main priority should be to care for their partner and children. They have to be in control and are especially prone to jealousy, accusing their partner of cheating without any reason and needing to know where their partner is at all times.

30+ Best Home Automation Ideas For Your Smart Home In 2020

How to Start a Garden – Gardening Tips for New Gardeners