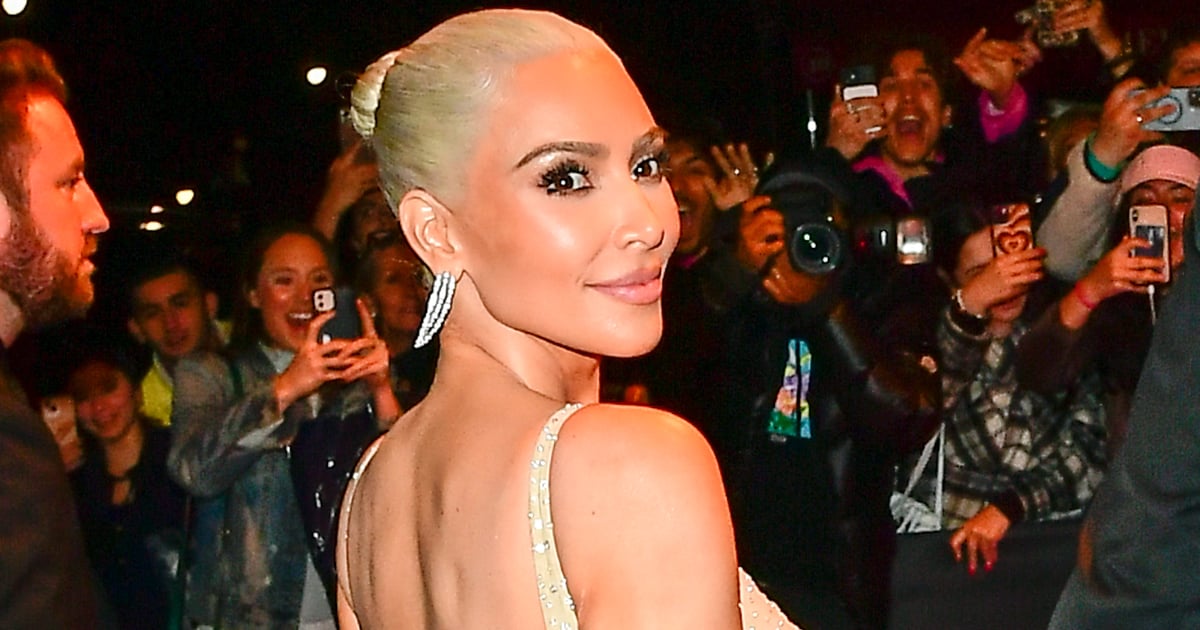 As it turns out, Kim Kardashian borrowed yet another look from Marilyn Monroe’s wardrobe the night of the Met Gala. After walking the red carpet in the sparkling, beaded Jean Louis naked dress Monroe wore to sing “Happy Birthday, Mr. President” to JFK, Kardashian reportedly changed into a replica of the look to enjoy the exhibit so as to preserve the garment. But in a May 6 Instagram post, she revealed that this emerald sequined Norman Norell dress was also sourced for her from the Monroe archives — this one to be worn at the afterparty.

Monroe wore the backless Norell number, which is owned by Heritage Auctions, to the 1962 Golden Globes, where she received the Henrietta Award for world film favorite. Kardashian and her team appear to have tweaked this look, however, so she could wear it as a crewneck rather than a halter. While Monroe styled the piece with flower-shaped gemstone earrings, Kardashian’s delicate emerald chandeliers dropped even further toward her shoulders, and she accessorized with chunky diamond rings, plus Monroe’s exact Golden Globe that’s currently owned by her friend artist Jeff Leatham.

“It will forever be one of the greatest privileges of my life to be able to channel my inner Marilyn in this way, on such a special night,” Kardashian captioned a series of photos on Instagram, which include the black-and-white images of Monroe at the event.

Although this dress was darker in color than the first dress of the night, it will surely garner just as much controversy, as Kardashian revealed the extreme regiment she endured to lose weight to fit into Monroe’s size. The Skims designer told Vogue about the restrictive diet she maintained over the course of three weeks leading up to the ball to fit into these vintage pieces, inviting scrutiny for the unhealthy display of public weight loss.

“Riverdale” actress Lili Reinhart wrote a strong statement related to the issue on her Instagram Stories, and though she didn’t mention Kardashian by name, Reinhart has been very open about struggling with body image and encouraging self-love.

Meanwhile, former Met Costume Institute conservator Sarah Scaturro told the LA Times she was frustrated by the treatment of a historic costume, explaining, “my worry is that colleagues in historic costume collections are now going to be pressured by important people to let them wear garments.”

Although Kardashian did post an obscure message about being “teachable” on Instagram following the backlash, according to E!, she still proudly displayed her moment in the second Monroe dress, giving it a permanent place on her feed.

Ahead, see Monroe debut the Norman Norrell dress in question for the first time at the Golden Globes 60 years ago.