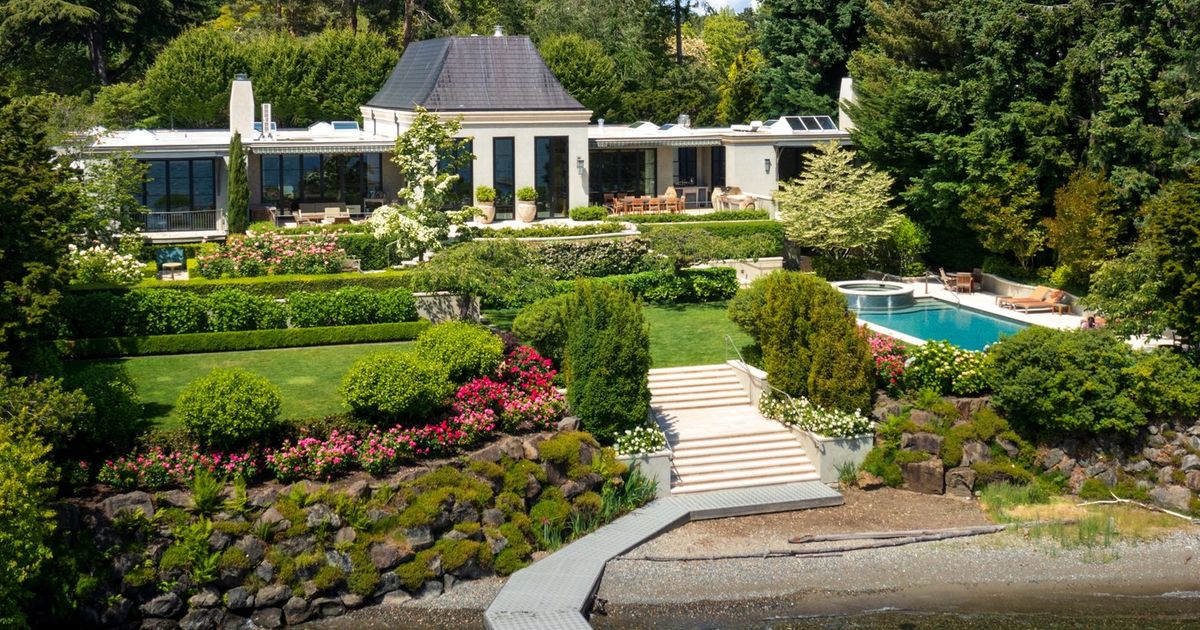 A home in one of Seattle’s most private enclaves is for sale, promising seclusion at a price of $35 million.

The 8,360-square-foot, three-bedroom home is one of nine in the Reed Estate, a fully gated cluster of homes in Madison Park that has been home to some of the city’s wealthiest residents, including Starbucks CEO Howard Schultz.

“This is the most discreet, private enclave in Seattle,” said listing agent Moira Holley.

The $35 million property includes 120 feet of “walk out beachfront,” plus a rose garden, terrace, pool and spa, according to the listing. Inside: skylights and “10+ foot ceilings.”

Its next resident will find a private dock, tall trees secluding the pool and spa, and “an effortless, single level indoor/outdoor living experience.” The Puget Sound Business Journal first reported the listing.

Holley declined to comment on the property’s current owners. Public records show the home is owned by a limited liability company governed by Frederick Beau Gould and Julie Pigott Gould.

Frederick Beau Gould worked as an attorney. The Pigott family founded and owns a large portion of the truck manufacturer Paccar. The couple owns a handful of other properties throughout the city, according to public records.

The couple bought the home in 2009 for $10.6 million, according to public records. The home underwent an “extensive two-year renovation,” Holley said.

The house is among the region’s most expensive, and notable for its location in Seattle instead of on the Eastside, the favored location of many of the region’s richest residents. Russell Wilson’s waterfront home in Bellevue is listed for $28 million, along with a parcel of land next to the home for another $8 million. The priciest home currently for sale in Western Washington is Bruce McCaw’s Hunts Point estate with a price of $85 million.