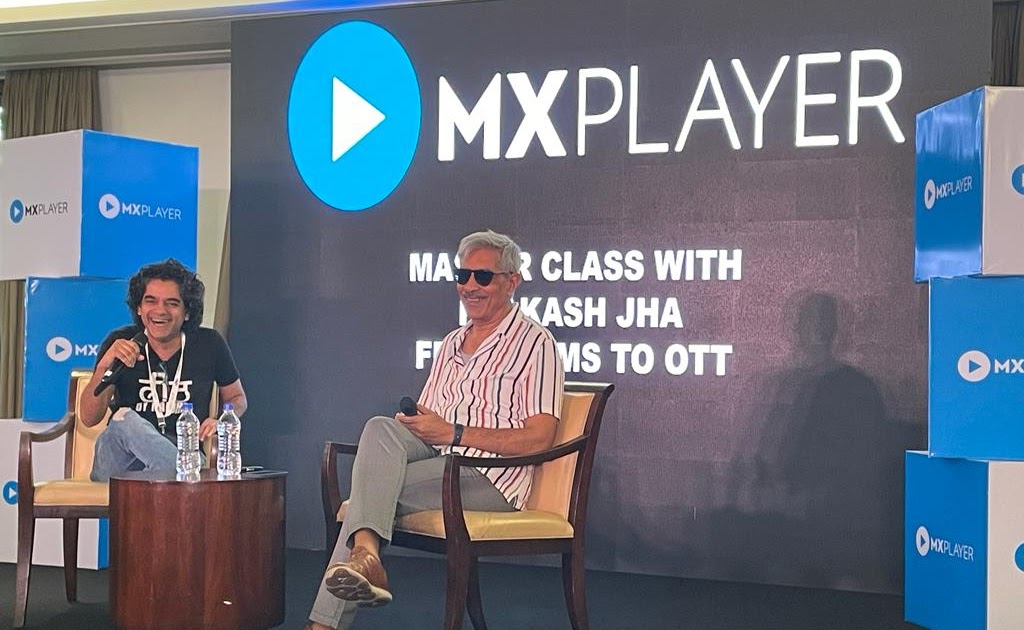 Then there was no stopping him after that. He started focusing on more realistic documentaries, moving onto television series and ultimately forayed into films.

Talking about how most of his work has received some flak from society with stone-throwing, halted shoots, and demand for bans, but Prakash Jha stood firm and focused on the content he believes in. He was never seen on television debates. He said that only wants to highlight moving and real stories.

Commenting on the same, he said, “When I make such movies or shows, it feels like the moment you touch society’s nerves by giving honest opinions, people will raise objections. So, there will be instances where stones will be thrown, and you have to be prepared for it. Look at what happened in the case of Aashram. But also, Aashram has 1.6 bn views which is probably the most viewed web series in the world. Aashram is double the size of IPL. The fact of the matter is if you believe in yourself, you are prepared to face every challenge.”

Sharing more about his experience, Prakash Jha mentioned that he owed Rs 12 lacs to Doordarshan but he interestingly found out a way to repay them and that happened because of Damul, the National Award-winning film. The secretary at that point started this new initiative that all national award-winning movies were to start premiering on Doordarshan and the makers would get INR 12 lacs. So, that’s how he paid off his loan and till date he informed the audiences that the scheme still continues.

From being so fit at 70, all thanks to his routine of daily exercise to creating masterpieces, his journey has been amazing. He feels that filmmaking comes as a complete package. He is equally interested in sound recording, writing, placing lights and everything else there is in the entertainment industry. He has attended workshops in Vienna, Amsterdam, London, Paris, Los Angeles and New York to learn acting so he could communicate well with his actors. His other renowned works include Mrityudand, Gangajal, Apharan, Rajneeti, Chakravyuh, Aarakshan and Satyagrah.

Jha made his web series debut on OTT with the medium’s most-watched series, Aashram. The series’ 3rd season is slated to launch soon on MX Player.

Readers, please feel free to share your opinion by leaving your comments. As always your valuable thoughts are highly appreciated

About A Potpourri of Vestiges