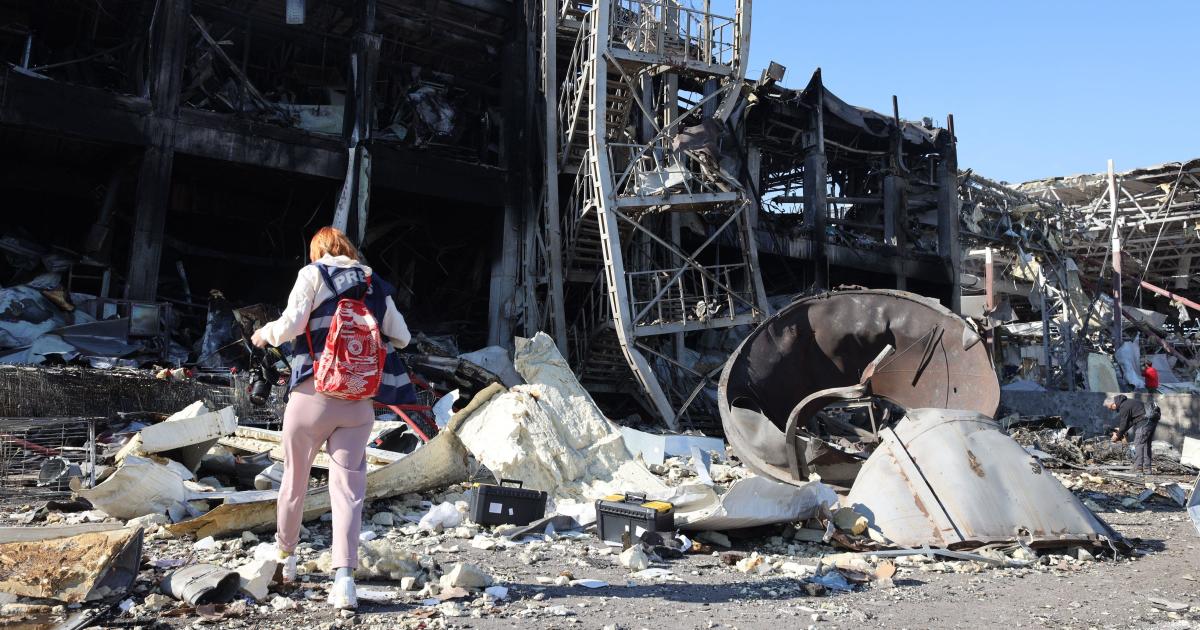 Kyiv — Russia has stepped-up missile strikes on the vital port city of Odesa, with a Ukrainian thinktank saying the latest attacks include the use of hypersonic missiles. A local official said at least one person was killed and several wounded when the rockets slammed into a shopping mall and a warehouse in the southern coastal city on Monday.

Russia has hammered Ukraine‘s southern Black Sea coast with missiles and artillery since President Vladimir Putin ordered his invasion on February 24. While his forces have now seized Mariupol, anther strategic port to the east of Odesa, an estimated 1,000 Ukrainian forces remain holed-up in tunnels under a sprawling steelworks there. An aide to Mariupol’s mayor said Tuesday that about 100 civilians were still there, too, waiting for evacuation from the decimated plant.

To the north, a local official near the battered city of Kharkiv said 44 bodies were discovered in the rubble of a residential building flattened by Russian bombs in March.

“This is another horrible war crime of the Russian occupiers against the civilian population!” regional governor Oleh Synehubov said on social media.

As CBS News correspondent Debora Patta reports, the grim reality on the ground is completely detached from what Putin’s government is telling the Russian people. While Putin attended jubilant “Victory Day” celebrations Monday in Moscow, which mark the former Soviet Union’s role in defeating Adolf Hitler’s Nazi regime in World War II, present-day Russia has nothing to celebrate about the war in Ukraine.

“It would be hard to find something that he could claim victory for,” she told CBS News. “Frankly, I haven’t seen any clear victories at all in this war so far for President Putin.”

No victories, perhaps, but Patta says the Russian leader’s 76-day war has caused untold misery. Across the east and south of the country, his military continues to punish towns and villages for refusing to capitulate.

The jagged remains of the shopping mall in Odesa are just the latest testament to the seemingly sadistic nature of Russia’s assault. The city has been bracing for an all-out Russian attack for weeks but so far, Putin’s war machine is keeping a distance.

The horrors of the Russian leader’s war of attrition extend hundreds of miles to the north, and all the way to the border with Russia in the east, with the worst of the fighting focused on the Donetsk and Luhansk breakaway regions of eastern Ukraine’s Donbas.

It’s hard to believe that anyone or anything survived the devastation in the front-line village of Seversk, in Donetsk, where the ashes of Russia’s onslaught were still smoldering this week.

But an elderly pensioner said she had escaped heavy shelling over the weekend, laying flat on her bed and clinging to hope during the bombing raids.

But for all the damage caused by its heavy artillery, Russia has become locked in a modern-day David versus Goliath battle, and it has suffered significant losses.

Up north, Ukrainian forces have been pushing Russian troops back from Kharkiv, just as they did around Kyiv in April. People have been slowly returning to the capital, which Russia’s ground forces never managed to penetrate.

“I’ve just returned to the house for the first time. It was a little emotional,” said Ambassador Kvien, who was back in Kyiv after spending weeks further west — even outside of Ukraine — as the capital was deemed unsafe. “It was really special to be back. I’m so happy to be here and see all my old friends.”

And as Patta reports, the American diplomat is not alone. Amidst all the pain, there are occasional moments of joy, including a moment on Monday when a mother was reunited with her son after he spent 74 days fighting on the front lines.