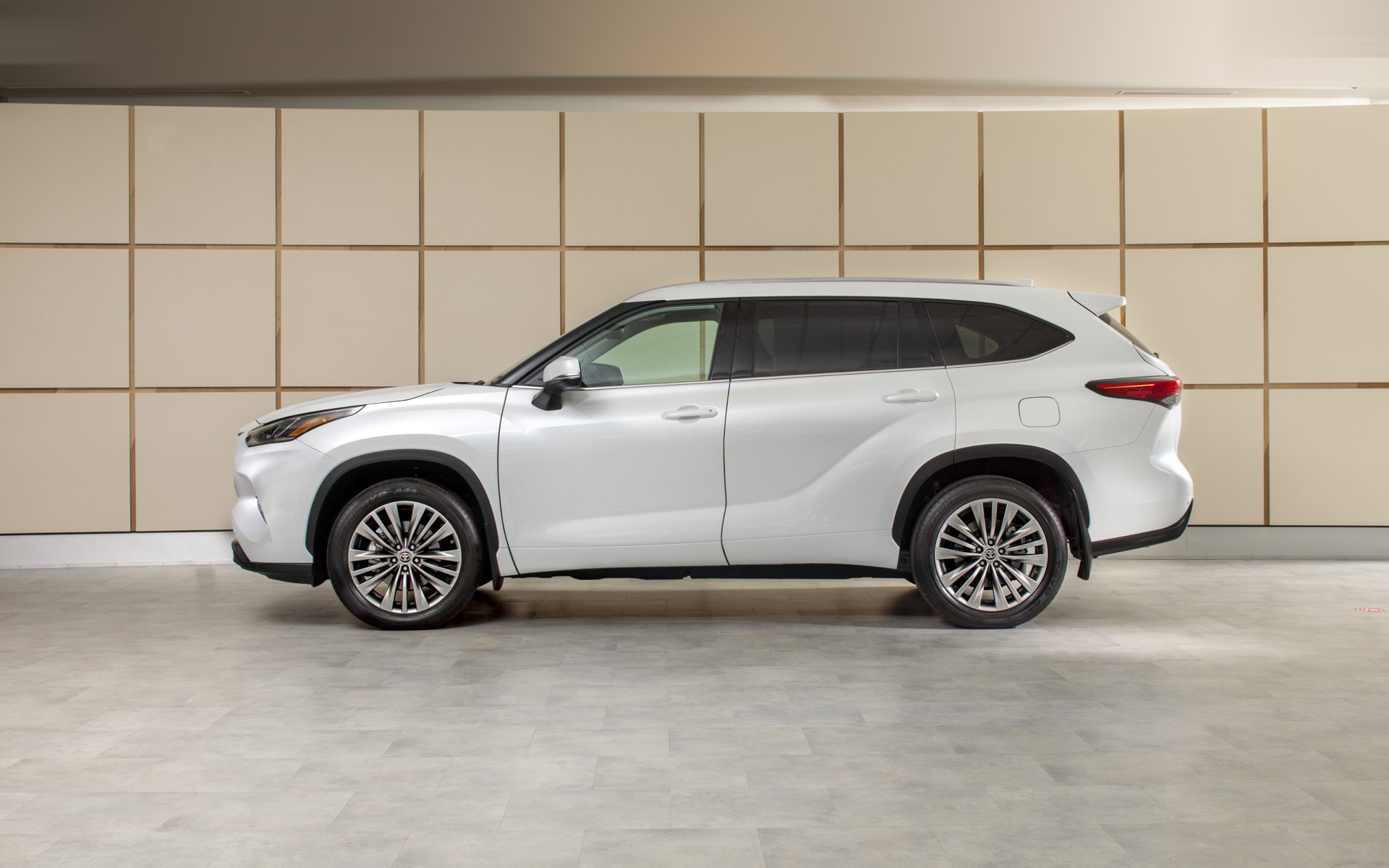 All gas versions of the three-row SUV will be powered by a 2.4-liter turbo-4 engine instead of the outgoing 3.5-liter V-6. The forced induction helps make 265 hp and 309 lb-ft of torque, compared to 295 hp but only 263 lb-ft in the dated V-6. Estimated fuel economy remains the same for front-wheel-drive models at 24 mpg combined. Toyota didn’t disclose estimates for all-wheel-drive Highlanders, which were rated at 20 mpg city, 27 highway, 23 combined for the 2022 Highlander V-6. The turbo-4 is rated to tow 5,000 lb, same as the V-6.

The turbo-4 pairs with an 8-speed automatic transmission in a setup that’s also used for the redesigned 2022 Lexus NX 350. That vehicle is smaller and lighter, and seats only five, compared to the Highlander that can seat up to eight passengers. Toyota says the turbo-4 produces 50% less nitrous oxide and reduces carbon dioxide emissions compared to the V-6.

For 2023, Toyota continues to bling the Hybrid with an available Bronze edition, and the XSE gas model rolls on black 20-inch wheels.

The biggest changes inside happen on the top Limited and Platinum grades. A new 12.3-inch digital instrument cluster replaces the analog cluster, and a 12.3-inch touchscreen first launched on the Lexus NX 350 and migrating down the lineup from the redesigned 2022 Toyota Tundra replaces the older 9.0-inch screen. In our testing, the infotainment system designed in North America for North American customers is better in every regard, with crisp displays, clear natural voice commands, and an intuitive layout. It allows for pairing two phones, and wireless smartphone connectivity is standard. The system is optional on XLE and XSE. Limited and Platinum also get power-folding side mirrors.

All of the models mentioned above now come with a hands-free power liftgate. Toyota moved the available wireless smartphone charger from the console to a shelf on the dash below the touchscreen and above the gear shifter.

Toyota hasn’t released pricing for the 2023 Highlander, but expect it to increase more than the 2022 Highlander L that starts under $37,000.