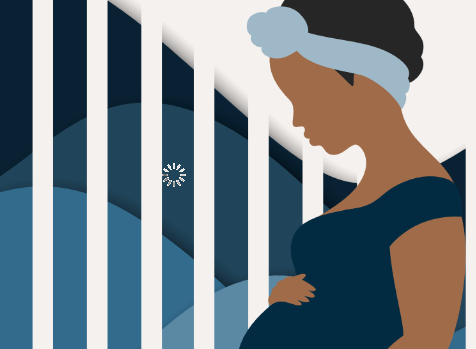 Incarceration is “uniquely detrimental” to women, particularly if they are mothers, and authorities should consider alternative approaches to punishment for them, says a Texas justice advocacy group.

“With a fraction of the money it costs to incarcerate a mother, we can support her with tools to address underlying needs, as well as keep her with her children and in the community –in turn preventing trauma and loss for the entire family unit,” argued the Texas Center for Justice and Equity, in a special report on “Motherhood and Pregnancy Behind Bars.”

The report, released this week, focused on what it said was unequal and often cruel treatment for mothers in Texas jails and prisons.

Despite the passage of several state laws aimed at improving conditions, Texas reflected the national failure to address the long-term generational harms caused by “locking up motherhood,” researchers wrote.

“When we incarcerate women – the majority of whom are mothers – we are not only failing them but failing our children and our communities,” the report said.

“We are leaving unaddressed the issues that drive women into incarceration: poverty, educational inequality, trauma and mental health issues, (and) substance use.”

Black and brown women are disproportionately represented in U.S. prison and jail populations—about 23 percent—in effect “perpetuating ruthless cycles of incarceration that have an oversized impact on communities and generations of color,” the study said.

Research has also shown that the female incarceration rate in the U.S. is growing at a faster rate than men.

Other research has shown that the primary driver of higher female incarceration rates is prosecution for non-violent drug charges, either possession or trafficking. Advocates have said that ending the punitive approach fueled by the War on Drugs would help reduce prison populations overall.

The researchers devoted special attention to the conditions faced by women incarcerated in Texas facilities who are pregnant and give birth while in custody.

More than 8,700 females were behind bars in Texas as of February 2022, and between 5 and 10 percent of them were pregnant when they entered prison, the study said. Some 110 women gave birth in Texas custodial facilities during 2020.

Once in custody, they were less likely to receive proper medical care for their pregnancies and were “more likely to have complications in birth that lead to cesareans and have babies born at a low birthweight,” the study said.

Interviews with formerly incarcerees revealed that post-partum care was also inadequate; some mothers were separated from their infants as early as three days after giving birth. Most must surrender their newborns within hours or days.

The lack of care extends as well to mothers of young children. Visitations are often limited to video screens.

“I remember just looking at this fuzzy screen and crying,” the daughter of one female incarceree recalled in an interview with researchers. “My mom was trying to console me, but she couldn’t even wipe the tears from my eyes.”

Researchers were told that one woman in an unidentified Texas prison was placed in solitary confinement after giving birth “for crying because her baby was taken from her at the hospital, while she was returned to the prison unit.”

The study noted that Texas legislators had approved new legislation in 2018 and 2019 that required state corrections authorities to improve nutrition for pregnant women and expand access to educational and vocational training, and mental health counseling.

Another bill, passed in 2021, allowed formerly incarcerated women to petition for reinstatement of parental rights, ending a situation in which some mothers were permanently prohibited from access to their children based on the nature of their original offenses.

But “confidential reports made by incarcerated women to the Texas Center for Justice and Equity show that practice often looks different than policy.”

The study outlined a set of recommendations, aimed at persuading authorities to “rethink” the treatment of incarcerated women—foremost among them avoiding incarceration altogether when feasible.

Authorities should “take real, viable steps to keep women out of incarceration altogether – including by removing funding from harmful carceral systems,” the study said.

These policy changes were essential not just for ameliorating the conditions of individual women, but for the health of the community, the study said.

“When a mother is locked up, it’s never just one person who suffers,” said Cynthia Simons, one of the study authors.

“The violence of incarceration ripples through generations, whether through poor prenatal care for pregnant women behind bars, family separation soon after a baby’s birth, or the negative impact of trauma on kids whose parents are incarcerated.”

Noting that statistics showed two-thirds of incarcerated mothers were primary caregivers tgo young children, the authors said better treatment inside prison was crucial to the development and nurturing of healthy young adults.

“Motherhood must be uplifted and held in the highest regard,” the study said. “For the sake of our children, families and communities, we must stop locking it up.”

The principal authors of the study were Cynthia Simons and Chloe Craig.

The full report can be accessed here.