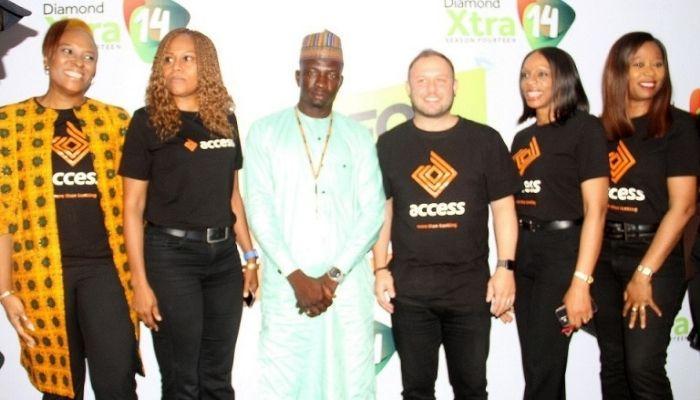 Access Bank Limited, a subsidiary of Access Corporation Plc, has unveiled the season 14 of its savings scheme known as DiamondXtra, with a total of N270 million to be given to its loyal customers who will emerge winners in the regional and national draws.

Since the launch of the DiamondXtra promo scheme, aimed at promoting financial inclusion,14 years ago, the bank has given out over N6 billion to its loyal customers across the country. Consequently, the bank has recorded over 2.2 million customer base.

In this season 14 of the savings scheme, the bank is setting aside N1 million as business grant from DiamondXtra, to help to build entrepreneurs.

The bank has also reintroduced its educational grant as requested by its customer in a survey conducted by the bank.

“Setting up your own business is fine. But if you did not have foundational education, there is going to be a problem. Educational grant is something that we had in our earlier seasons but we did not have last year. So you asked us to put it back in and we have put it back in,” Giles said.

He disclosed that this year the bank will be providing digital skills training to 14,000 people. “And if we get that right, we would have helped develop 14,000 people, 14,000 new businesses that can operate in digital marketing. And if they employ 10 people per business that is 140,000 people who can be economically included.

The bank launched DiamondXtra digital where, by simply dialling *901*5#, “you can instantly open a diamond extra account and participate in a savings programme that can give you more,” he said.

Speaking at the event, Adaeze Ume, head consumer banking, said, “first of all for us to create a new season like this, we talked to our customers , asking them their opinion and the things they expect in this season and it is interesting to know that we got 9,000 customers responded.

She said one of the new things the bank will be doing in the season 14 of DiamondXtra is to train 14,000 customers. The second thing, she said, was to hold regional draws bringing the scheme closer to the customers.

Ajayi Temitope, one of the customers who won N1 million in the last season of DiamondXtra shared her testimony. “I received a call from the bank saying I had won N1 million. I said these scammers have started again. They referred me to their Instagram page so that I would see my name in the list of winners. I did that and found out that it was true. I thank Access Bank for this opportunity. It came at a time when I needed it most. I hope to win N10 million,” she said.