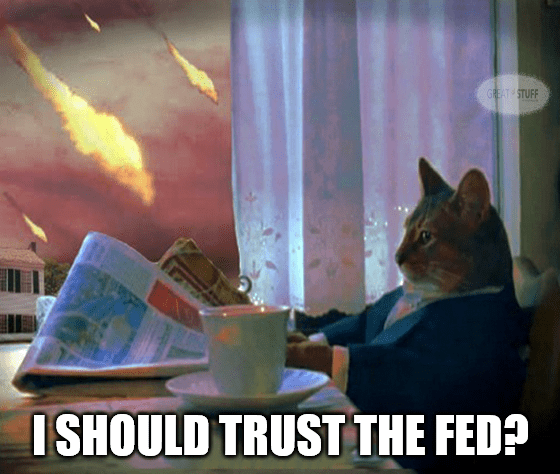 The Fed Won’t Save You This Time

Great Ones, I’ve caught a lot of flack for reiterating and believing in the Federal Reserve’s former mantra that inflation is transitory.

I honestly believed that narrative. It made sense … at the time. But times change. New facts and events emerge. New data is made available. And when such things happen, you need to reevaluate and reassess your outlook.

Now, I want to make one thing crystal clear: I no longer believe in transitory inflation.

Some of you may have already picked up on my shift in outlook and expectations. I basically said the quiet part out loud two weeks ago — alongside a little tango dance number.

I no longer believe the U.S. Federal Reserve can fix the economy, inflation or Wall Street.

And, honestly, only one of those things is supposed to be within the Fed’s purview anyway.

So why can’t the Fed just massively raise interest rates and fix everything?

Why was Bill Ackman — billionaire CEO and founder of the hedge fund Pershing Square Capital Management — wrong when he said: “It ends when the Fed puts a line in the sand on inflation and says it will do ‘whatever it takes’”?

To answer, let me ask you this, Great Ones: What does raising Federal interest rates do?

Does it fix supply chain issues?

Does it end “Zero COVID” shutdowns in China?

Does it end the Russia/Ukraine war?

You know the answer. It’s a resounding “NO!”

Whether we want to acknowledge it or not, the economy is global.

Right now, we have disruptions in every single one of those countries. What effect will the Federal Reserve raising interest rates have on any of that?

Now, I’m not saying the Fed doesn’t need to raise interest rates. The free and easy money had to come to an end at some point … and now is as good a time as any, I suppose.

But the current accelerated-but-measured pace is likely the best solution for all of us regular Joes … at least in our day-to-day lives, that is. It’s wrecking our retirement and investment portfolios right now, that’s for sure.

I agree, Mr. Great Stuff. But the Fed could have fixed this if they had acted sooner!

Really? Imagine if the Fed had acted sooner. What if interest rates were two or three times higher? What if the Fed’s interest rate was already at 5%, 6% … or even the 12% or 13% Ackman appears to be championing?

I guarantee you we’d all be calling for interest rate cuts right now, blaming the Fed for the collapse of the U.S. housing market and still dealing with skyrocketing prices at the pump and in the grocery store.

This isn’t a problem that higher interest rates can solve, and I’m pretty sure we all know it.

Big-time Wall Street investors like Bill Ackman aren’t worried because they have enough money to ride out pretty much anything short of the apocalypse. They want better returns in the stock market right now.

But us on the other hand…

Great Ones, we need long-term stability. And we won’t have that until China ends or modifies its “Zero COVID” policies … until Russia and Ukraine call it quits … or until the world completely shuns globalism.

OK, that last one was a joke. It ain’t happening, no matter how many times U.S. politicians chant “We’re bringing manufacturing home from China!” There’s too much money to be made in globalism.

But unless Federal Reserve Chairman Jerome Powell is suddenly crowned emperor of a new global monetary system … the Fed ain’t gonna save us this time. And, honestly, I’m quite tired of hearing that it can or could have.

We’ll just have to agree to disagree, Mr. Great Stuff. But assuming you’re right … what are we supposed to do?

There is a recession/stagflation/70s-style-cluster-f*## coming. You are going to lose money. Stop. Period. The end. It’s gonna happen. It’s already happening.

Your goal right now is to protect as much of your cash and investing capital as possible. Lose as little as possible. Be as opportunistic as possible, if you can.

That means buying companies with positive cash flow, solid revenue growth and that operate in a sector that will still be here after the s#!% hits the fan. Companies like some of those in the Great Stuff Picks portfolio: Nvidia, AMD, Walt Disney and Boeing.

Yes, I know the Great Stuff Picks portfolio is heavy on growth stocks and that they’re getting killed right now. But those companies will come back when this is all over with, and that’s when we’ll all make bank.

But not all of you have the time or the resources to shelter in such an aggressive portfolio … especially for what I see coming down the road. What you need … is yield.

It’s becoming increasingly difficult to protect the value of our savings. Fortunately, there’s a way to get an 8.9% yield on your money — 540% higher than the yield on the S&P 500.

It’s all possible due to a special type of investment few Americans have heard of. But this is just one of the many income secrets Ted Bauman has filled his Endless Income book with.

If It Fits, It Flies 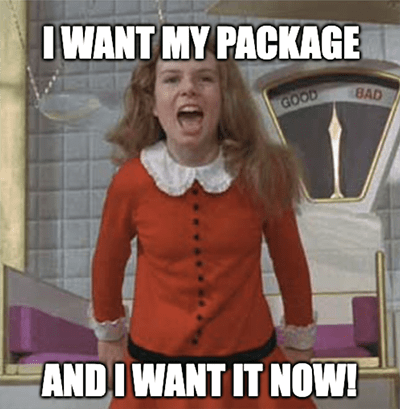 This morning, Walmart (NYSE: WMT) announced that it’s finally getting its drone delivery program off the ground and expanding its trial territory to six different states.

Per this expansion, roughly 4 million households will have access to the new service, with some delivery times shrinking to just 30 minutes after purchase.

And here I am just waiting for Walmart to preemptively buy things for me and have them delivered before I need/want them. But hey, I guess this is a step in the right instant gratification-driven direction.

Now if it could just figure out its sales problem…

Then you could take advantage of a very unusual tech opportunity that one of America’s most secretive billionaires is moving on now … a man whose moneymaking formulas are “more closely guarded than the recipe for Coca-Cola.”

He believes this radical new tech could hold the key to a $30 trillion stock market windfall. Why all the fuss? (Click here for answers.)

I Have A Bone To Pick With Dick’s

While first-quarter earnings came in strong at $2.85 per share, same-store sales fell 8.4% in the quarter. And with economic headwinds continuing to hamper retailers, Dick’s said it now expects same-store sales to fall anywhere from 2% to 8% on the year … a pretty wide margin if you ask me.

Still, after getting battered and bruised repeatedly all week, investors clung to any bit of positivity they could find — including the company’s calculation that people’s outdoor hobbies would continue even if the economy worsened.

I may beg to differ, but DKS investors hiked the stock 12% higher anyway. 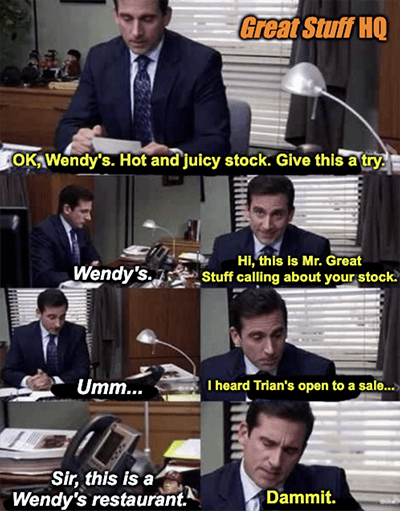 Wendy’s (Nasdaq: WEN) largest shareholder, Trian Fund Management, said it’s exploring the possibility of an acquisition for the beleaguered burger chain, whose shares have fallen more than 24% so far this year.

Even though Wendy’s has beefed up its breakfast menu to compete with some of its other fast-food friends, helping to grow sales, the company’s still struggling to weather those inflationary headwinds … like seemingly everyone else in the market right now.

This, combined with a recent stock downgrade from BMO Capital Markets last month, has Wendy’s’ future looking a little frosty. So you can imagine why investors were happy this morning at the thought of a potential sale — and the financial cover that comes with it.

The theory goes that upscale shoppers haven’t been hit quite as hard by inflation (yet), which worked in Nordstrom’s favor this quarter, even as more mainstream retailers like Walmart and Target (NYSE: TGT) struggled with slowing sales.

For the full year, Nordstrom had an upbeat outlook, saying it expects revenue to grow 6% to 8% from year-ago levels and for earnings to rise in kind. Investors liked the sound of that, sending JWN up 11%.

I don’t know about you, but it’s high time for a tension break. A meditative moment. A brief bit of respite with … well … everything going on. Sound good to you?

Seriously, wherever you are right now: Take a deep breath in through your nose. Now out through your mouth. Imagine you’re expelling all those fears of a recession, stagflation, inflation … every different -ation.

Alright, I’ve calmed down … but I draw the line at doing hot yoga. There’s no yoga today, right?

No, but there is a brand-new Poll of the Week! Nothing too complex, mind you, but it does involve a bit of soul-searching and a whole lot of truthfulness. Because this might be the most important — and personal — question we ever ask you.

Bit of a loaded question there, don’t you think?

Jeez. There’s always someone, isn’t there … even when conversing over candy. If you were more focused on, you know, actual investing questions, let’s move on over to last week’s poll.

We wanted to know: Are you still holding Tesla (Nasdaq: TSLA) amid the Twitter debacle?

About 45.3% of you Great Ones said they’re sticking with Tesla, but it’s getting harder to do so. (The poop emoji Tweets probably aren’t consoling y’all, huh?) Another 40.6% are holding with the strongest of Strong Hands.

But for 14.1% of your fellow Great Ones, it’s time to call it a day as far as trading Tesla is concerned.

As always, if you’d like to sound off on the week’s hot topics, write to us for Friday Feedback! [email protected] is where you can reach us best. You can also keep up with the action here:

Until next time, stay Great!