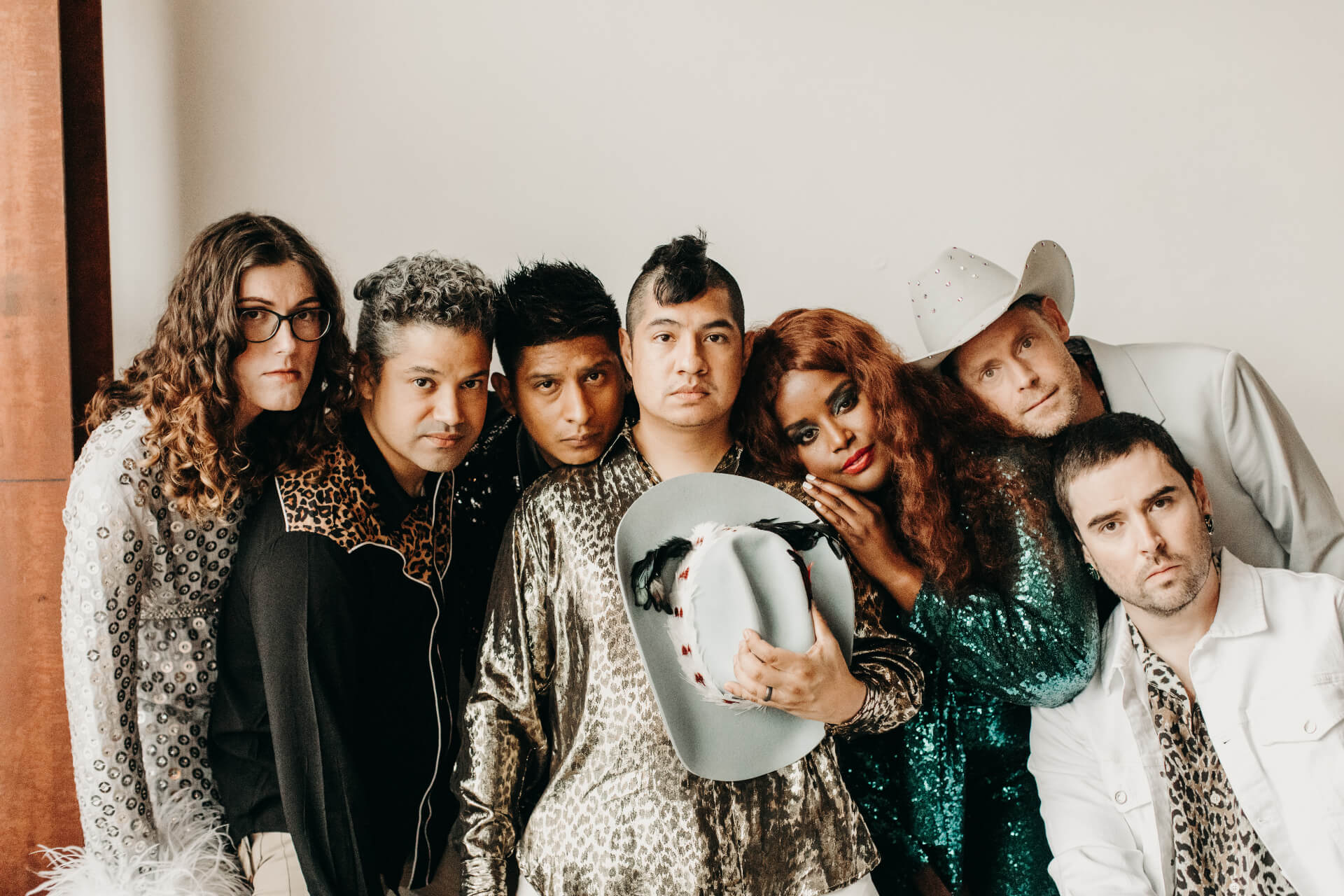 Gulf Coast soul band The Suffers have released their new album, It Starts With Love, via Missing Piece Records. A common thread of empowerment runs through the new record which has already received widespread acclaim.

The new album features previously released singles “Yada Yada,” a playful country-blues track on the hypocrisy often found in the music industry; “How Do We Heal” (feat. Son Little and Bryce The Third), a poignant question on enduring racial violence and trauma; and “Take Me To The Good Times,” which was named one of the best songs of the week by Rolling Stone.

“Nunya” is a song about just a few of the hardships, lessons, wins and losses we have experienced in our 11 years together as a band. I wrote it in Nashville after experiencing a really bad day filled with big promises, gaslighting, and deceitful behavior from an industry big whig. Instead of letting the moment get the best of me, I decided to fight back via song.

“Nunya” allowed me to air some industry grievances, confront the trauma that came with having our gear stolen a few years back, and it gave me my power back. We recorded most of it with Dave Boyle at Church House Studios in Austin, TX, and I’m eternally grateful for the process. It is my hope that by sharing the truths expressed in this song, that it will help encourage others to keep pursuing their dreams, even when it gets hard.

Mixed by GRAMMY-winner Adrian Quesada (Black Pumas), who transferred all of the sessions to analog tape, and mastered by Chris Longwood (Khruangbin, George Clinton & Parliament Funkadelic), It Starts With Love is an album for survivors, for the down and out, for the doubted and the written off, but it’s delivered with the kind of faith and conviction that ultimately transcends pain and anger to instead land on something far more triumphant and spiritually rewarding.