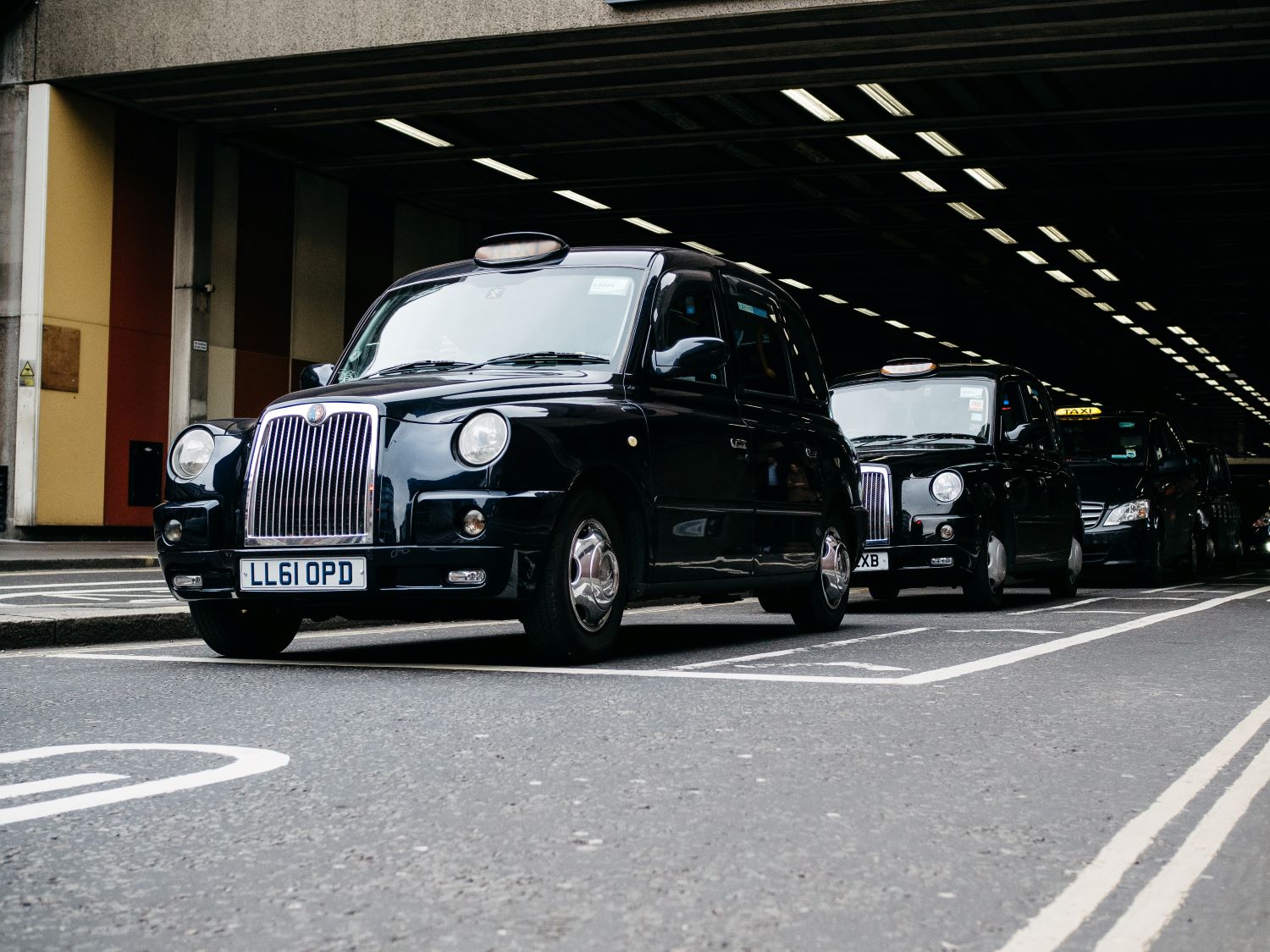 The iconic black cab is recognised around the world as the staple design of London taxis and an undoubted part of British culture. But have you ever considered using one as a private car? This article explores why using a decommissioned taxi is a great choice and what steps you must take to secure one of your own.

Black cabs as we know them today have been a permanent feature of our cities and towns for well over half a century, when the FX4 superseded the antiquated Austin FX3.

Since then, the shape remained unchanged until the revamped TX1 appeared on our streets in 1997 – and even then the design was merely updated rather than ripped apart.

Black cabs – which also come in other colours, such as red! – can carry five passengers in comfort (six if you add a front passenger seat, which is possible), and have that turn-on-a-sixpence capability (actually 25ft) that’s a boon in congested school car parks.

Can I buy a taxi for personal use? 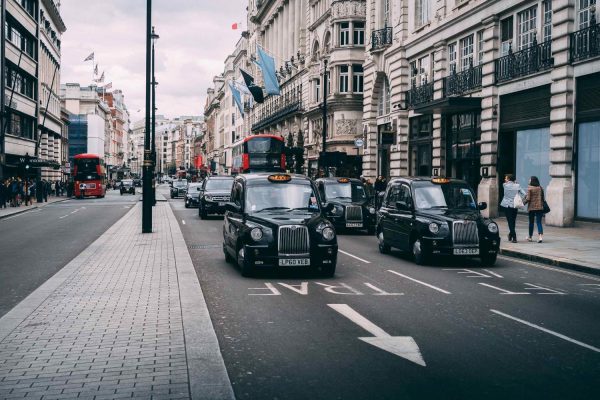 Yes, you can buy a London taxi and keep it as a personal vehicle. However, you should ensure that you aren’t misleading people into thinking the black cab is for hire – to do so, make sure the cab is modified so it’s fit for private use.

If you’re using your black cab only for personal use, you should remove any signage indicating that it is available for hire. As tempting as it may be to turn on a ‘For hire’ sign only to drive away as someone attempts to get in, it’s misleading and could get you in trouble.

You may prefer to remove any no-smoking signs or similar from the inside of your vehicle, but it’s up to you. If you have any chain-smoking friends or families, you might like to keep the reminder!

How do I buy a black cab?

A quick search online will reveal that you can buy used black cabs from private sellers on a range of used-car sites. But it’s best if you buy from a reputable seller. Ideally, this should be one that specialises in the resale of cabs as they will usually get the best price when buying from taxi companies and can pass on these savings.

If you can’t find a specialist near you, look for a seller that offers details about the vehicle online (rather than just a contact name and number) and have a mechanic check the car before you hand over any money. Ex-taxis often don’t come with service histories, and a private seller may exploit this by swapping parts or selling them for scrap.

How much does a black cab cost to buy?

An iconic London taxi can be bought for anywhere between £1,000 to £20,000. The price will depend on a number of factors, including the black cab’s mileage, age, and engine capacity. 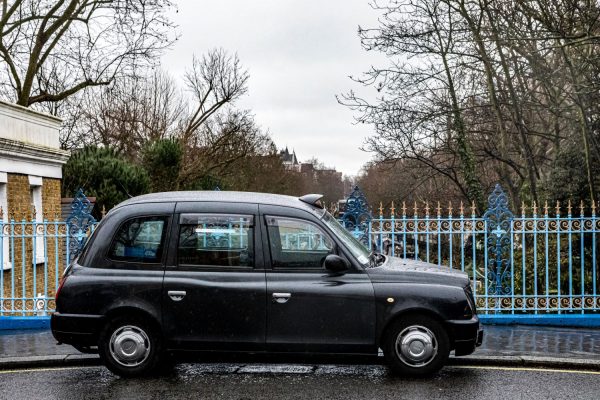 You don’t need a special license to drive a black cab unless you’re planning on becoming a cabbie. A standard driving license is all you need.

Taxi insurance for private use

If you’re buying a taxi for private use, you’ll need decommissioned taxi insurance for social, domestic and pleasure. Not all insurance companies offer this though, so you’ll likely need to find a specialist car insurance company like us.

Cars usually need a service once every 12,000 miles, but a black cab will have seen many more miles than other second-hand cars. As such, it’s a good idea to get a service every 6,000 miles, just to make sure you keep your ex-hackney in tip-top shape.

If you saw in the news that London taxi drivers are subject to two MOTs a year, then you’ll be pleased to hear this doesn’t apply to black cabs bought for personal use – once a year is fine!

10 reasons why a black cab is the ultimate people carrier

Black cabs have unrivalled passenger headroom and leg-room and, unless you have a full load of passengers, there’s plenty of space for shopping and luggage. The boot is actually quite small, but luggage can be stowed in various places in the passenger compartment.

2. The insurance is cheap

Most insurers will struggle to know what to rate your FX4 or TX1 as it’s unlikely to appear in the computerised listings of car makes and models used on comparison websites. However, if you can identify a specialist broker, like Adrian Flux, taxi insurance costs can be much lower than many of the current people carriers on the market.

OK, so they may not have the same wow factor as a Ferrari or Mercedes, but the chances are you’ll turn just as many heads if you show up at your friend’s house in a black cab. More than that, you’re also likely to raise a smile rather than a jealous scowl.

And don’t forget, you’ll also be joining the ranks of the celebrity cabbies – over the years, Sid James, Laurence Olivier, Stanley Kubrick, the Duke of Edinburgh, Stephen Fry and Kate Moss have all used a black cab as personal transport. Fry once said: “I sometimes park it on taxi stands all day and no one notices.” 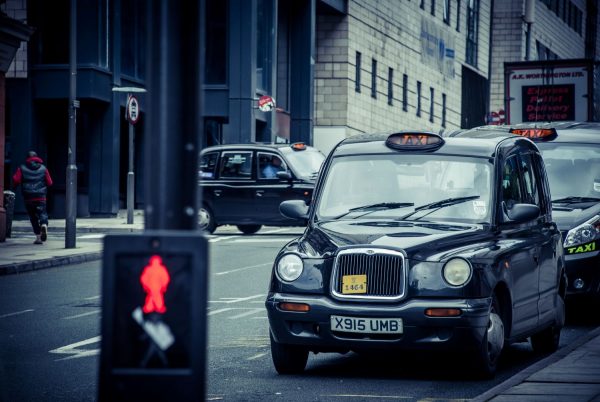 Black cabs are easily one of the safest car models on the road, although granted, that’s partly because they don’t go very fast. As a licensed passenger vehicle, safety was clearly of major importance when these cars were commissioned, and the result is a robust and safe set of wheels.

5. You can enjoy some peace and quiet

Chances are, if you’re thinking of buying a black cab as a people carrier, you’re planning on using it to transport a big family. And as any parent will know, there are few more irritating and distracting things for a driver than little ones shouting, screaming, crying, arguing and, well, being kids.

In a black cab, simply close off the driver’s partition, put on the stereo and forget they exist for a few minutes. Bliss.

You can pick up an ex-hackney carriage for about £3,000, sometimes less. Yes, they are likely to have covered a decent amount of miles, but bear in mind that they will have been incredibly well maintained over the years – almost certainly much better than your average second-hand people carrier. The Nissan 2.7 diesel engine used in the TX1 is pretty bomb proof and the chassis is incredibly robust. You can buy taxis from places like Elite London Taxis. 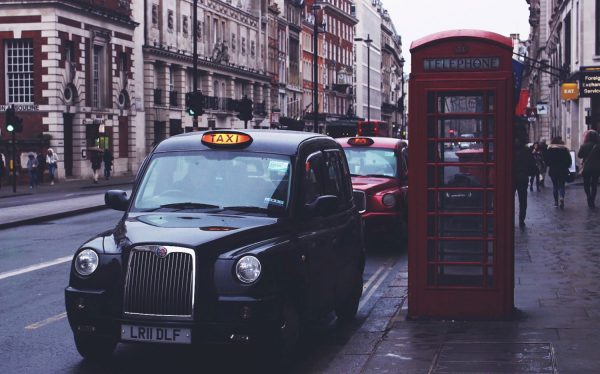 Black cabs can cope with the most urbane of pushchairs – you know, those new ones that look like they’re built for off-roading in the Grand Canyon. They can also easily be adapted for wheelchair users, and general access to and from the vehicle is good because of the large doors and high position on the road.

Due to the hugely competitive nature of the taxi maintenance market, spare parts are much cheaper than those for your average people carrier. In fact, the brakes and body panels are cheaper than on most cars, and the panels bolt on and off, making repairs quicker, easier and cheaper.

Black cabs are now well utilised as advertising mediums, with vast panels available for graphics. So, if you run your own business, black cabs are the perfect way to get about and plug your services at the same time. Alternatively, you could sell the advertising space to a local small business and use it as a side hustle.

10. You can use bus and taxi lanes

Actually, you can’t, that’s a myth. It’s illegal, although some owners probably give it a go.

Make sure you take out specialist decomissioned taxi insurance

Adrian Flux provide quotes for all sorts of unusual vehicles, from former taxis to modified motors, bespoke vehicles and everything in between. If you’ve decided that a black cab is the vehicle for you, call us for a quote on 0800 369 8590 or request a callback.