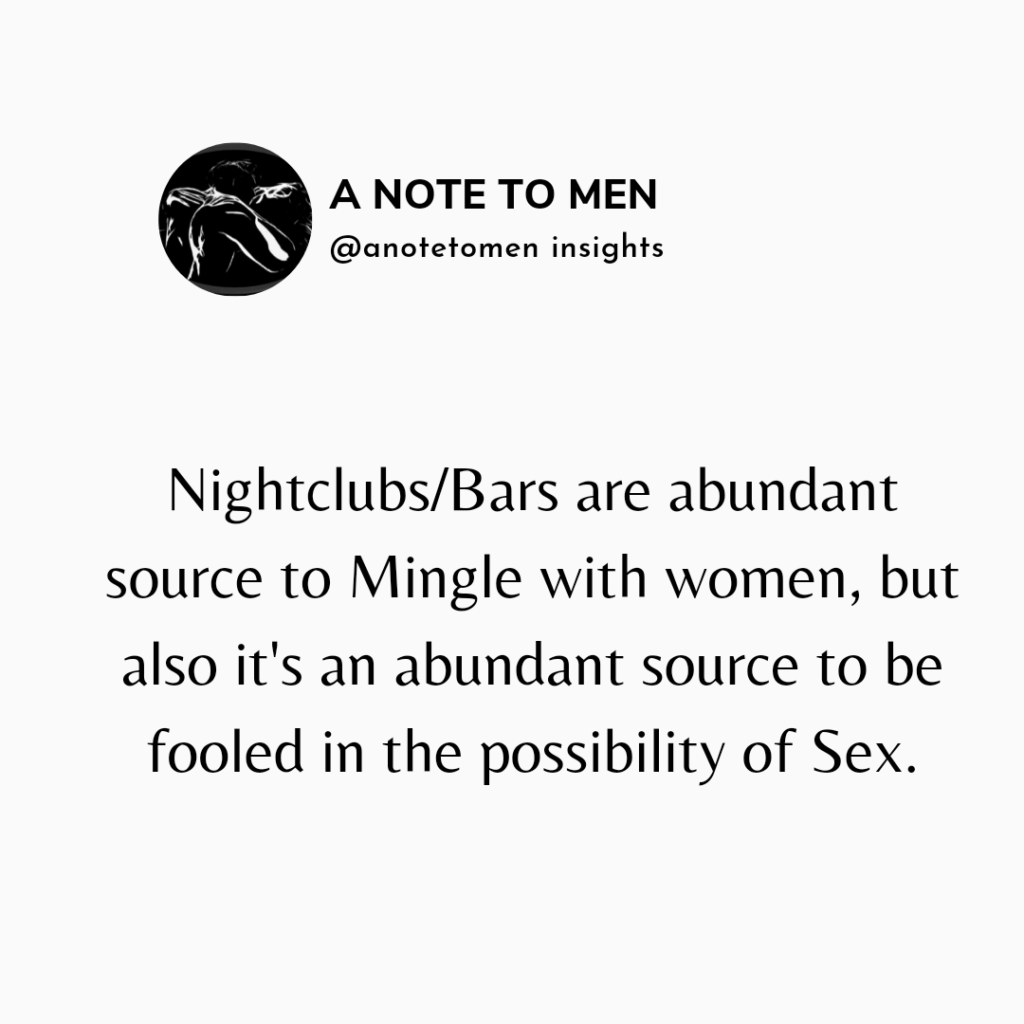 There is this notion, if a man wants to meet girls (in offline setting) he must go to nightclubs/bars.

And it makes sense if you think about it. The volume of women is good, the context is social and the guards are down.

Yet, something is elusive about nightclubs/bars in terms of men and women actually getting together beyond the conversation that plays out in the venue. I am not denying the one night stands, or even getting dates for following day/week through a nightclub.

I am on the point of, the feeling guys get (in real time) from their interaction with girls in a club or bar; and feeling is ‘that something is brewing’ with the girl they are interacting with and this will go somewhere tangible.

In my experiences, this feeling is over rated, misconstrued and over estimated. In simple words more than 90 percent of the time, nothing is brewing even though it may seem and feel that way.

The fact is, most girls enjoy the process of being seen and flirted with, resulting into, women indulging in flirtatious exchanges with guys in an environment like bars and clubs.

However, for girls the process is both means and end, while for guys it’s means to an end.

The inter-play of flirting, banter and some light conversations including some make outs leads some Dopamine release in guys leading them to feel that something more tangible will playout that night and fairly so, but for girls the process ITSELF is their nourishment for the night.

The Whole dynamic (as described above) makes nightclubs/bars a Fool’s game by and large.

The reason I use the phrase Fool’s Game is because guys are not conscious of the inter-plays. Otherwise there is nothing Vile in it.