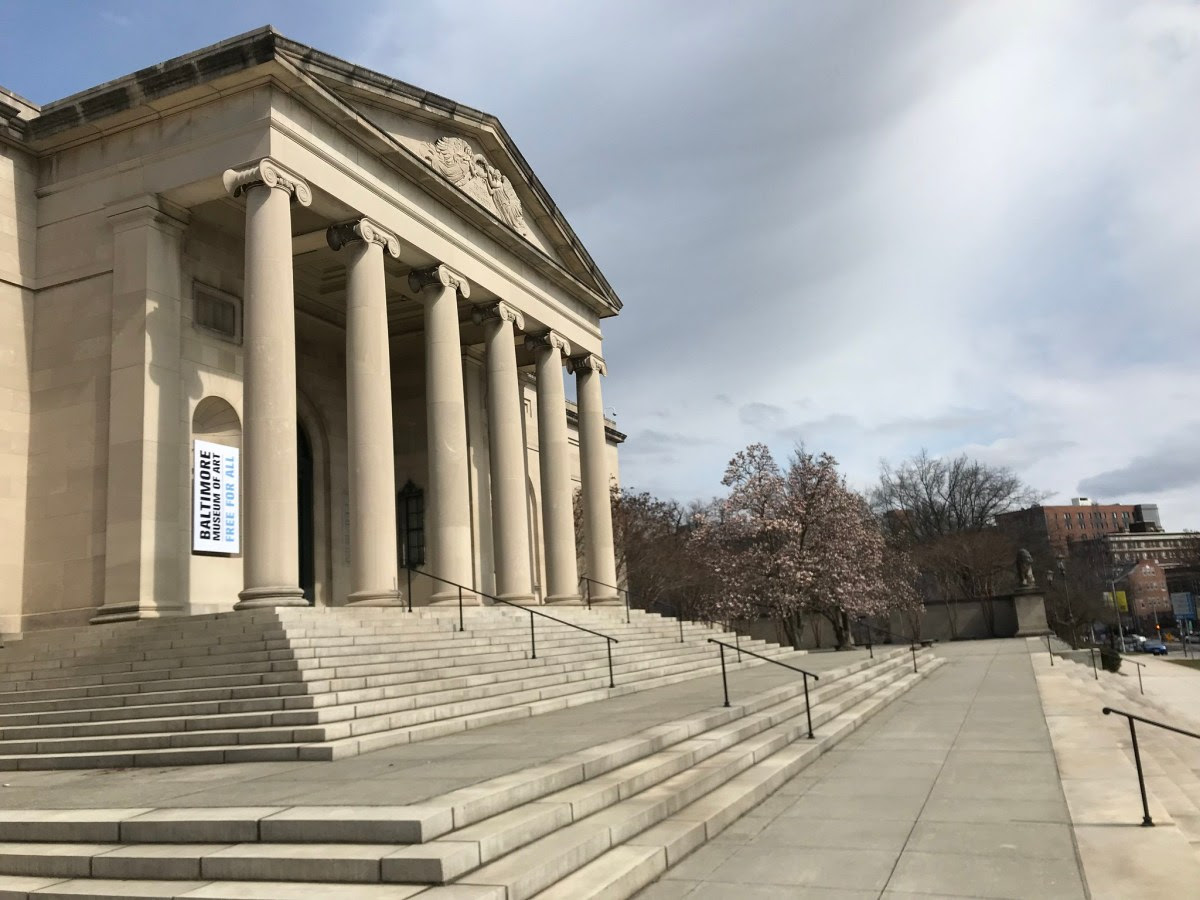 Alfred H. Barr Jr, Museum of Modern Art’s first ever director, analogized the modern museum’s collection to a torpedo “moving through time, its nose the ever advancing present, its tail the ever receding past of 50 to 100 years ago.” In his diagrammatic drawings of torpedoes throughout the mid 20th century, Barr likened the museum to the nautical vehicle in motion: forward-moving, adaptive, and contemporary. For a young MoMA, this meant selling works more than fifty years old to other museums — namely the Metropolitan Museum of Art and the Whitney Museum of American art — so the museum could acquire works by living artists. While Barr’s model was particular to the modern art museum, his torpedo metaphor proves useful and rather poetic when expanded in scope. In articulating this method of interpreting museum collections, Barr fundamentally introduced a theory and purpose for deaccessioning and accessioning artworks: when defined by a dynamic forward thrust, the museum and its collection can ever adapt to the public they serve.

The perpetual motion that Barr described seems to have made his definition of the museum perennially relevant, particularly as museum institutions across the country have struggled to stay afloat amidst pandemic conditions. Specifically, in response to policy shifts in the deaccessioning of museum collections, recent debates circle the fundamental question of what purpose the museum institution serves and for whom. The International Council of Museums (ICOM) defines the museum in transparent terms, dictating the institution’s responsibility to cultural preservation and public education:

“A museum is a non-profit, permanent institution in the service of society and its development, open to the public, which acquires, conserves, researches, communicates and exhibits the tangible and intangible heritage of humanity and its environment for the purposes of education, study and enjoyment.”

Yet, considering Barr’s definition, it is worth considering how museums ought to adapt to the constantly evolving status of the society they claim to serve.

An Introductory History of Deaccessioning in the U.S.

Over the past two years, the contentious issue of deaccessioning has gnawed at the established function of museums as public institutions. But in order to understand the contemporary implications of the shifts in deaccessioning policy, it is useful to examine the long history of accepted (and sometimes contended) procedures. Although they are dynamic and diverse, disputes around the disposal of objects from an art museum’s collection most fundamentally hinge upon how sale proceeds are used.

In the United States, rules around deaccessioning are governed primarily by two forces: the Association of Art Museum Directors (AAMD) and non-profit law. Museum directors whose institutions “by purpose, size, and standards of operation…meet the eligibility requirements established by the Trustees of the Association” are offered membership, according to the AAMD. As members, directors and their respective institutions are expected to adhere to the code of ethics as laid out by the Association. In return, the museums are offered a sense of cultural and curatorial legitimacy. As the AAMD is thought to determine the highest standards for museum operations in the United States, Mexico, and Canada, Association membership ostensibly demonstrates an institution’s quality of collection management. This also means that member institutions are expected to draft their individual collection management policies in accordance with those laid out by the AAMD. Non-profit law is what eventually determines and interprets the individual museums’ constitutional documents, which includes procedure for deaccessioning as enumerated in the museum’s collections management policy.

“Funds received from the disposal of a deaccessioned work shall not be used for operation or capital expenses. Such funds, including any earnings and appreciation thereon, may be used only for the acquisition of works…”

In other words, deaccessioning should only be enacted in the pursuit of a refined and improved museum collection (i.e. the acquisition of new works). The rule from AAMD’s constitution — that proceeds should only be used for acquisition of new museum objects — has gone mostly unchallenged for its enforcement. But the vague conceit of “improvement” has been historically problematic.

For instance, in 2006, the Albright-Knox Art Gallery in Buffalo, New York deaccessioned and disposed of nearly 200 antiquities and pre-modern works so as to bolster their contemporary art collection. The institution’s auction of the works raised $67.2 million and was met with much reprisal from museum-frequenters, who critiqued the sale of former “collection highlights.” But despite widespread objection, the sale was deemed by the AAMD and the New York State Supreme Court to be in line with the institution’s mission: to collect and exhibit contemporary works. A similar case occurred at Brandeis University’s Rose Museum of Art in 2009. With the University under financial duress, trustees voted unanimously to close the museum and auction off its collection. Public disapproval led to a lawsuit seeking to prevent its closure. Filed by supporters of the museum and successfully settled in 2011, the suit continues to protect the museum’s collection today. These anecdotes begin to reveal the complicated questions of deaccessioning to “improve the quality or appropriateness” of a museum’s collection: For whom is the collection improving? The museumgoers, the donors, the curators, or the museum staff? When is curatorially-motivated deaccessioning in line with the understanding of the art institution’s public-facing role? The persistent nature of these questions is revealed through an analysis of recent developments around deaccessioning policy during the pandemic.

Policy Shifts Amidst the COVID-19 Pandemic: Baltimore Museum of Art

Ideas of who a museum serves have been further problematized during the policy shifts made by the AAMD in recent years. For museums, the COVID-19 pandemic produced a seemingly interminable financial crisis. To aid struggling art institutions, the AAMD announced a two-year moratorium regarding their deaccessioning policies in April of 2020, loosening rules for museums seeking to divert their income amidst the pandemic. This relaxation of strictures meant, primarily, that the funds gained from deaccessioning no longer had to be used for the acquisition of new artworks and can instead be used in support of the “direct care” of collections. But despite the policy changes surrounding deaccessioning, museum institutions still seem to be subject to the ethics standardized by the historical AAMD policies.

In 2021, the Baltimore Museum of Art (BMA) attempted to sell three blue-chip paintings from their collection at an auction with Sotheby’s. The Brice Marden, Clyfford Still, and Andy Warhol works were estimated to have brought in $54.5 million to create an “endowment for the future” that would generate $2.5 million annually for the direct care of the extant collection. Institutional and public parties expressed near-immediate censure regarding BMA’s intended deaccessioning, particularly because the sale was planned to fulfill “mission-driven initiative[s]” rather than to counteract financial difficulties.

In a memorandum released by the AAMD, Brent Benjamin, president of the Association’s board of trustees, emphasized the resolutions adopted by the organization in April “were not put in place to incentivise deaccessioning, nor to permit museums to achieve other, non-collection-specific, goals.” Though the memo does not name any specific museums, a subsequent letter to the BMA Board of Directors signed by 14 former AAMD presidents reveals the generally disapproving sentiment surrounding the prospective Sotheby’s sale: “As past presidents of the Association of Art Museum Directors, we affirm our support of yesterday’s statement by AAMD President Brent Benjamin…and urge the Baltimore Museum of Art to reconsider its planned sale of artworks this evening,” the letter states.

Vehement efforts to block the sale were even made internally. In a pleading letter to the Maryland attorney general and secretary of state, a former BMA trustee contended that the sale was blatantly maligned with the relaxed AAMD policy. Authored by attorney Laurence J. Einstein, the letter hihglighted that “Critically, the [AAMD] statement also states that funds from deaccession may only be used for the direct care of the collection for a limited two-year period, from April 2020 until April 2022. Thus the Baltimore Museum’s plan to create a long-term endowment, to fund the museum into the future, is clearly outside the scope of permissible uses of deaccession funds.”

Apparently, the criticism was more than enough discouragement, as the BMA called off the sale with Sotheby’s. In a release, the museum articulated that the decision was made in light of a “private conversation between the BMA’s leadership and the Association of Art Museum Directors.” But it seems that the decision was not reflective of the entire museum staff. BMA curators Asma Naeem and Katy Siegel wrote an op-ed prior to the sale’s cancellation, addressing the criticisms of deaccessioning on curatorial grounds: “Museums are not mausoleums or treasure houses, they are living organisms, oriented to the present as well as the past, and that is where the fundamental disagreement lies.”

Ultimately, Seigel and Naeem seem to raise again the fundamental question that encircles the historical issue of deaccessioning: the purpose of the museum. In an informal poll, AAMD members voted 91-88 against asking board trustees to extend the relaxation of rules surrounding deaccessioning past the originally intended deadline. As of April 10 of this year, the temporary resolutions around deaccessioning expired. As such, the AAMD and its member institutions have returned to their pre-pandemic regulations, upholding the longstanding curatorially-motivated standard for deaccessioning.

As we move beyond the AAMD’s two-year relaxation, Barr’s model is again resuscitated. Like a torpedo, museums and their collections should be forward moving, adapting to the ever-evolving world of the public they claim to serve. But, if the museum serves the public, who gets to voice the public’s needs? Perhaps these questions about publicness will always be too abstract to answer, but deaccessioning policy has given us something concrete to consider. Collection improvement is laudable, but we should be careful about the politics that ensnare it. The decision to deaccession a work is not simple. Its determination as an improvement to a collection is precisely that — a determination. As such, deaccessioning carries the baggage of being made on a set of standards that can only strive for unilateral ethicality. But, like the torpedo, the museum collection, and the public, such ethics are constantly adapting. Thus, it is worth making sure our decisions about deaccessioning reflect the ethics of the people that museums serve.

About the Author: Nicholas Michael was a Spring 2022 Undergraduate Intern with the Center for Art Law. He recently completed his Bachelors of Arts Degree with a major in History of Art and Architecture at Brown University.