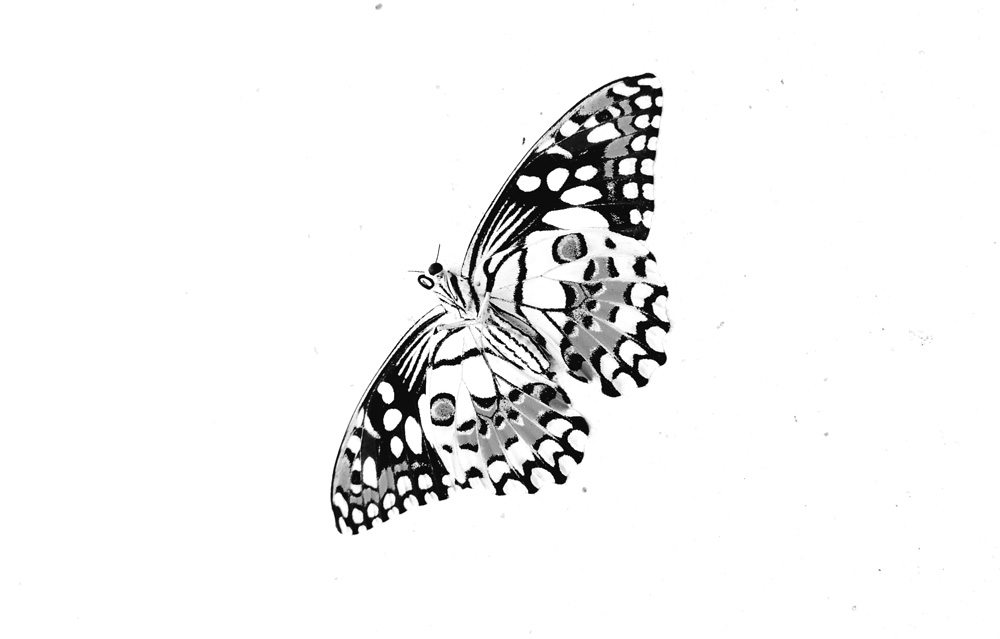 In 1961, meteorologist Edward Lorenz observed something peculiar in his modelling of atmospheric convection. Every time he double checked his calculations, he would find widely diverging results after some time. How could this be? The model, after all, was quite simple. It followed a small set of deterministic rules and initial conditions; and he wasn’t making any computational errors.

Lorenz discovered, however, that even subtle differences in the rounding of inputs can lead his nonlinear weather models down a different worldline. Today, we call this sensitivity to initial conditions. As mathematician Ian Stewart explains in Do Dice Play God, “we can know the laws of a deterministic system perfectly but still be unable to predict it. Paradoxically, the problem doesn’t arise from the future. It’s because we can’t know the present accurately enough.”

A butterfly in Brazil to a tornado in Texas

The idea is also better known in the mainstream as the butterfly effect. Lorenz gave the issue serious thought when he asked whether “the flap of a butterfly’s wings in Brazil” can, at least in principle, “set off a tornado in Texas?”

Let’s say, for example, that a single extra butterfly is all that separates our Earth from another hypothetical Earth. Is this distinction so meaningful as to bring about something as significant as a tornado? In Lorenz’s words, “is the behavior of the atmosphere unstable with respect to perturbations of small amplitude?”

If the flaps of a butterfly has the potential to generate tornados, perhaps it has the ability in equal measure to cancel them too. But if the one butterfly matters, so too does every other butterfly , and every other interaction on Earth for that matter. What then can we say about the system itself?

Unfortunately, we have no way of proving the butterfly effect in our atmosphere. We cannot repeat the same experiment twice. Because we only have a planetary sample size of one, we cannot confirm what might or might not happen if that one butterfly did not exist. Stewart notes, however, that “tests on simpler fluid systems support the view that in principle, real weather is sensitive to initial conditions.” (Although the significance of a single butterfly may be overstated.)

Generally speaking, small errors in “coarse” weather prediction tend to build up over days; while tiny errors in “fine” structure prediction—like that of cloud positioning—accumulate within hours. What’s more, “errors in the finer structure, having attained appreciable size, tend to induce errors in the coarser structure”, Lorenz notes.

The simple and complex

Curiously, Lorenz’s findings had initially “baffled most meteorologists”, Stewart writes. Some argued that Lorenz’s results were due in large part to his overly simple models. Bigger models, they thought, would generate better predictability. Yet “it didn’t occur to them that if a simple model led to such strange behavior, a complicated one might be even stranger.”

“Today’s errors in weather forecasting cannot be blamed entirely nor even primarily upon the finer structure of weather patterns. They arise mainly from our failure to observe even the coarser structure with near completeness, our somewhat incomplete knowledge of the governing physical principles, and the inevitable approximations which must be introduced in formulating these principles as procedures which the human mind or the computer can carry out.”

Edward Lorenz. (1972). Predictability; Does the Flap of a Butterfly’s Wings in Brazil Set Off a Tornado in Texas?

Today, meteorologists rely on techniques like ensemble forecasting to grapple with unpredictability. This involves generating many forecasts, and looking for the most likely outcomes from a range of predictions. The idea is to provide “some indication not just of their sensitivity to initial conditions, but sensitivity to assumptions built into the model”, Stewart writes.

Forecasting, he reminds, is an “initial value problem”. If the system is inherently chaotic, as we suspect is so with Earthian weather, then even the tiniest of errors will “blow up” eventually. The nature of nonlinear physics and chemistry can make some systems unpredictable.

Climate change skeptics are then quick to ask: if meteorologists cannot predict the weather one month from now, how can scientists make climate forecasts that span over decades?

While we cannot predict the specifics of chaos, the system itself may exhibit statistical regularities, invariant measures, and basins of attraction. (The latter refers to a range of initial conditions (the basin) that may evolve towards a particular state or ‘attractor’.) “The difference between weather and climate is that weather is a single path through an attractor, whereas climate is the whole attractor”, Stewart explains. “If you start somewhere else, you get a different trajectory, but it ends up spiralling around the same mask-like shape.” And if the overall shape is changing fast, we can say that something profound is underway.

Think of it this way, most of us can draw a rough outline of the continents of the world map without knowing the details of every contour. The distinction is similar to that of weather and climate prediction. Indeed, saying when it will and will not rain is different to saying how much rainfall we expect on average.

Proverbial frogs in a saucepan

If aspects of weather systems are unpredictable, what can we say about economies given their interdependencies with real world phenomena? One distinction we ought to make is between weather-like trajectories and climate-like attractors in the social world.

Much of the market’s attention today, however, is preoccupied with noise. Mainstream investors, for example, are more concerned with daily price changes and quarterly earnings than with the tectonic movements in our institutions, technologies, and the environment. Which of the two sets, I wonder, is more rational to think about?

Indeed, “we’re like the proverbial frog in a saucepan”, Stewart observes—“gradually being brought to the boil but not jumping out because it’s getting warmer so slowly that we don’t notice.” While he spoke in context of our indifference towards climate change, the simile describes our attitudes in general to most risks of the slow-burning sort.

So not only must we understand the subtle differences of our complex system, we have to pay attention to it in the right way. Unrecognized changes in attractors or distributions can have dire consequences (Figure 1). Stock markets are no strangers to hubris, amnesia, and flawed models of the world.

The misbehavior of markets

Economists, for example, frequently assume for simplicity that all investors are rational and homogenous. While this helps us to develop tractable self-correcting models with neat equilibriums, it may be a poor reflection of real-world dynamics and systemwide risks.

As Benoit Mandelbrot explains in The Misbehavior of Markets, even interactions in a simple two-type model of financial markets—consisting of investors that buy and sell on the basis of fundamental values, and speculators that trade on price movements—can generate nonlinear chaotic behaviors.

As was the case with weather models above, what strange behaviors might we imagine for economies in the real world that are far more diverse and heterogeneous than our models suggest?

“Too large a proportion of recent ‘mathematical’ economics are merely concoctions, as imprecise as the initial assumptions they rest on, which allow the author to lose sight of the complexities and  interdependencies of the real world in a maze of pretentious and unhelpful symbols”.

If understanding is one thing, control is the other. From prayers to rain dances, our ancestors have tried all manner of strategies to bring about better weather. We know today, of course, that weather control is probably in the realm of science fiction. But we are hopeful that humanity can get its act together in time to mitigate the long range fallout of climate change.

Similarly, in medicine, doctors needed thousands of years to study and treat the complex human body. Demonstrations of early defibrillator and pacemaker technologies, for example, did not arrive until the late nineteenth century. And I don’t want to think about all the treatments that doctors, healers, and shamans have tried in the past to restart the human heart.

The story is similarly true of economics. Social sciences are still in their infancy too. We sometimes forget, for instance, that modern payment systems, central banking, and monetary policy are relatively new innovations. Finance as an academic discipline, likewise, was not well established until the mid-twentieth century.

If the history of meteorology and medicine is anything to go by, time will be an important operative in all things complex and chaotic. I like to believe that we’ll be in better economic and ecological control a few centuries from now. That’s assuming, of course, that we come to grips with the present day challenges of the modern world. But much like the butterflies and tornadoes, all sorts of strange, baffling, and unpredictable things will surely happen.