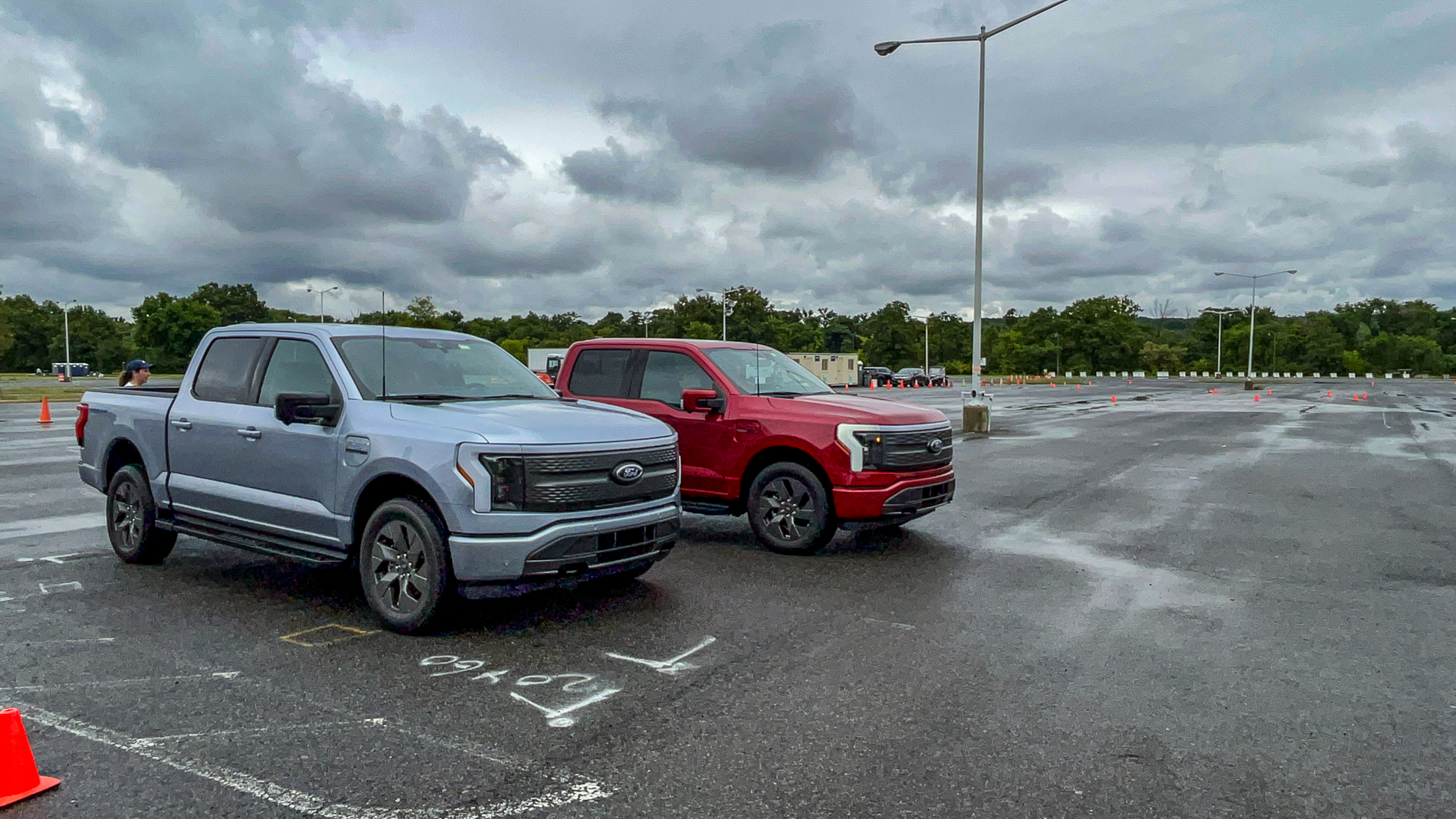 “Holy crap that’s quick” – Those were the first words I said upon exiting the new 2022 Ford Lightning. I was invited to take a quick spin in the new electric full-size truck over at the now-defunct (and at some point to be imploded) RFK Stadium parking lot. Ford had set up a small course where you could get a taste of full-throttle acceleration, and even some light curvy bits. Here are my thoughts after the quick drive.

First, I was taken on a sighting lap with one of the Ford drivers. He gave it a brisk start that barely chirped the tires and the sensation of acceleration was quite surprising. It felt much quicker than my 2021 Mach-E Premium, which I guess make sense based on the massive torque.

Next it was my turn and after I got out of the frunk I took it for a spin. Off the line I put the accelerator to the floor and it launched towards the far end of the lot. Turn in for the interior cones took a little getting used to, same with the automatic braking (even though I have that on my car), but after a lap I was turning some quick times.

When the Ford driver went back out with a new press member, I made it a point to catch him, and did. It’s really quick.

I love the frunk. The frunk is great. I like how it’s motorized and there is a lid that pops out to make a cargo divider to help transport smaller items. On the inside I appreciate that it had a real gearshift, that will make a lot of truck traditionalists happy. There are also plenty of actual buttons and a choice of screen sizes for those who don’t want the massive vertical screen.

The only issue I came across was that the charging cover closes about as well as it does on my car. Still trying to find that sweet spot to get it to click the first time. Seriously though, Ford has a great truck on their hands. It’s as much of a normal truck as you want it to be, but it’s also fully electric, seriously quick, and is going to change the truck world as we know it. Even without stainless steel body panels and “unbreakable” windows. I look forward to a full week with one soon!