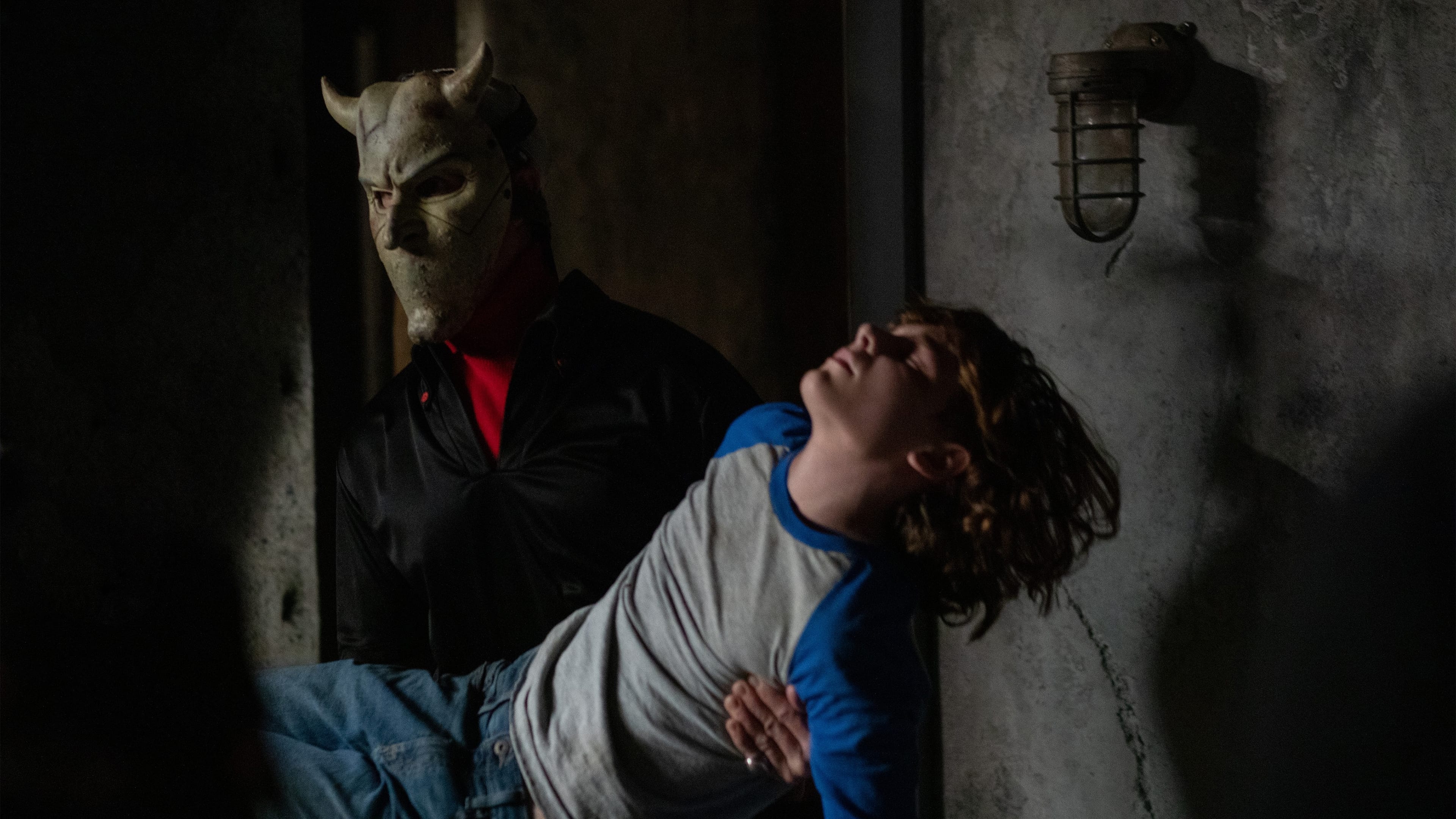 The past decade has brought us numerous movies and shows in the vein of Stephen King, most notably Stranger Things. The Black Phone perhaps comes the closest to replicating King’s best works of terror. That might be because the film is adapted from a short story by Joe Hill, aka Joseph King, aka Stephen King’s son. However, the film’s success largely rests in the hands of director/co-writer Scott Derrickson, who signed on after stepping away from the Doctor Strange sequel. Multiverse of Madness was left in capable hands with Sam Raimi bringing horror to the MCU. Had Derrickson remained on board, perhaps that film would’ve been even creepier. The Black Phone may have a fraction of a Marvel production’s budget, but with minimal set pieces, Derrickson has delivered the scariest movie of the year thus far.

The film sets itself in 1978, although Derrickson resists resorting to obvious nostalgia. Our hero is Finney (Mason Thames), a young boy who’s constantly bullied at school, as is the case with most King protagonists. Finney doesn’t exactly have a Losers Club to back him up, but he is friends with Robin (Miguel Cazarez Mora), the toughest kid in school. He also has his sister Gwen (Madeleine McGraw), who possesses a special ability. No, not the shining, but she does see dead people in her dreams. This includes a boy who was taken by the Grabber (Ethan Hawke), who hides behind a white mask, top hat, and black balloons. Finney becomes the Grabber’s next target, winding up in a basement with nothing but a dirty mattress, a toilet, and a mysterious black phone.

Although the Grabber insists that the phone doesn’t work, Finney keeps hearing it ring. Upon answering, Finney finds that the phone may be the key to salvation with the Grabber’s previous victims on the other line. Although The Black Phone has supernatural elements, the Grabber is grounded in reality. In many respects, this makes him even more terrifying than an entity like Pennywise. While you can tell that Hawke is having a ball in his more colorful villain role to date, he never goes too over-the-top. That doesn’t mean The Black Phone is without humor. The film is surprisingly funny in places with Madeleine McGraw getting the best one-liners. McGraw also shines in her dramatic moments, encompassing a screen presence on par with a younger Mckenna Grace.

The script, which Derrickson crafted with C. Robert Cargill, is clever as well. The screenwriters approach the Grabber’s basement almost like an escape room. Even as the clues surface, you’re not sure how they’ll provide a way out. Once you see everything come together, though, it makes for one of the most tightly-written thrillers of recent memory. The only element that feels somewhat out of place is a coked-out amateur sleuth played by James Ransone. Overall, however, every piece has its purpose.

For all the familiar Stephen King tropes, The Black Phone subverts the frustrating clichés we’re used to seeing in these movies. For starters, the adults aren’t written to be idiots. When Gwen tells the cops about her dreams, they take her seriously. Although Finney and Gwen’s father (Jeremy Davies) is an abusive alcoholic, he has redeeming qualities. As strong as the adults are, The Black Phone belongs to the children, who are gifted beyond their years. It would’ve been nice if some other kids got a little more screen time, especially Rebecca Clarke as Finney’s love interest. If a sequel is in the future, though, perhaps Finney will get his Losers Club after all.