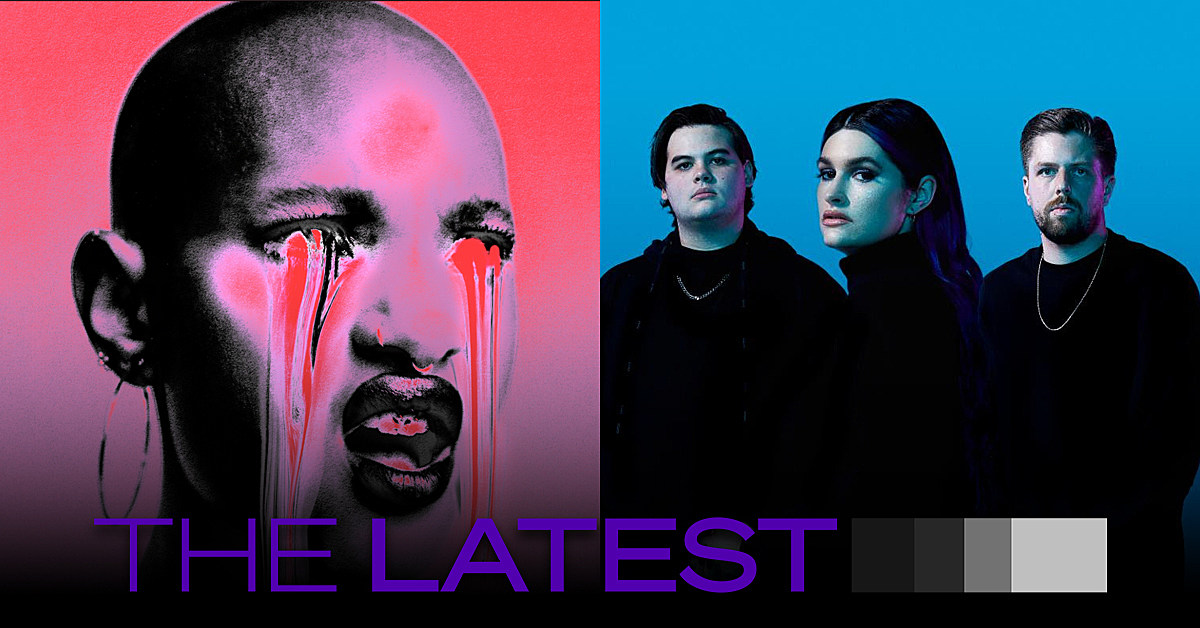 Check out The Latest — for all the essential new music, tickets and livestreams you need right now.

Scab Shop and Deadfellaz are bringing tattoo culture into the metaverse

This week, we’re thrilled to present an exclusive Alternative Press cover image variant of the Scab Shop and Deadfellaz collaboration. In the coming months, the partnership will release an official collaboration of 13 Deadfellaz characters interpreted by six Scab Shop artists in their own style. Each Deadfellaz character interpretation comes with the ability to get that character rendered once on skin by the artist. Read how the two Web3 innovators are pushing boundaries, and grab a physical copy while you’re at it.

The Interrupters rock out on “Jailbird”

The Interrupters’ new album, In The Wild, is imminent. Dropping Aug. 5 via Hellcat/Epitaph Records, you can hear a taste of the new project with latest single “Jailbird.” Vocalist Aimee Interrupter explained that the song centers on “feeling like a prisoner in my own mind.” Listen to the new track and grab tickets to their co-headlining tour with Flogging Molly.

At long last, MUNA’s new self-titled album is here. While you’re jamming out (or crying) to the release this weekend, read our exclusive cover story with the band surrounding its creation. “This whole era is about trying to have fun; that’s our vibe,” guitarist Naomi McPherson says. Plus, you can grab a physical copy to see the photos — captured by Lindsey Byrnes — in all their glory.

Great things come in threes. That’s especially true when it comes to Spiritbox, who shared their first new music since their phenomenal 2021 debut album Eternal Blue. Listen to all three new songs here, and make sure to catch the band live when they support Ghost during their North American IMPERATOUR.

AP cover star Denzel Curry is hitting the road to support his stellar fifth album, Melt My Eyez See Your Future. AG Club, redveil and PlayThatBoiZay will join him on select dates. Get all the tour information here, and revisit our cover story with Curry in preparation for his glorious live shows.

WILLOW is back with another single ahead of a new album, releasing later this summer. “‘it’s my fault’ explores what it’s like to hold ourselves equally accountable for the emotional pain we feel while also allowing ourselves to be human and fully process all of our feelings without shame,” WILLOW says of the track. Start your weekend off right by listening to “<maybe> it’s my fault” here.

Besides sparking a necessary Kate Bush revival, the new season of Stranger Things left us reeling, and there are still remaining episodes. Now there’s even more exciting news. Joe Keery, the actor who plays Steve Harrington, has a new album on the way. Under Djo, Keery dropped new single “Change.” The ’70s-inspired track will appear on his second record, DECIDE, and you can get all the details here.

This is the oral history of Coheed And Cambria

To commemorate the release of their latest album, Vaxis II: A Window Of The Waking Mind, Coheed And Cambria reflected on their decades-long history as a band. From the conceptual world of The Amory Wars to their 10 studio albums, both band and universe have experienced their fair share of highs, lows, color and drama. Read an in-depth interview with frontman Claudio Sanchez now.

Can you believe it’s been 13 years since the last Alexisonfire album? Otherness is a testament to the band’s mission to be different from the rest, with its members reveling in newfound camaraderie and confidence during its creation. Read an interview with Dallas Green and George Pettit to see for yourself.

Angel Olsen, in your living room

There’s nothing better than kicking back in your living room and enjoying great music during the busy work week. And thanks to Veeps, you can bring the live show experience to your home. On July 19, witness the first full-band performance of Angel Olsen’s latest record, Big Time, straight from your couch. Grab a livestream ticket here.