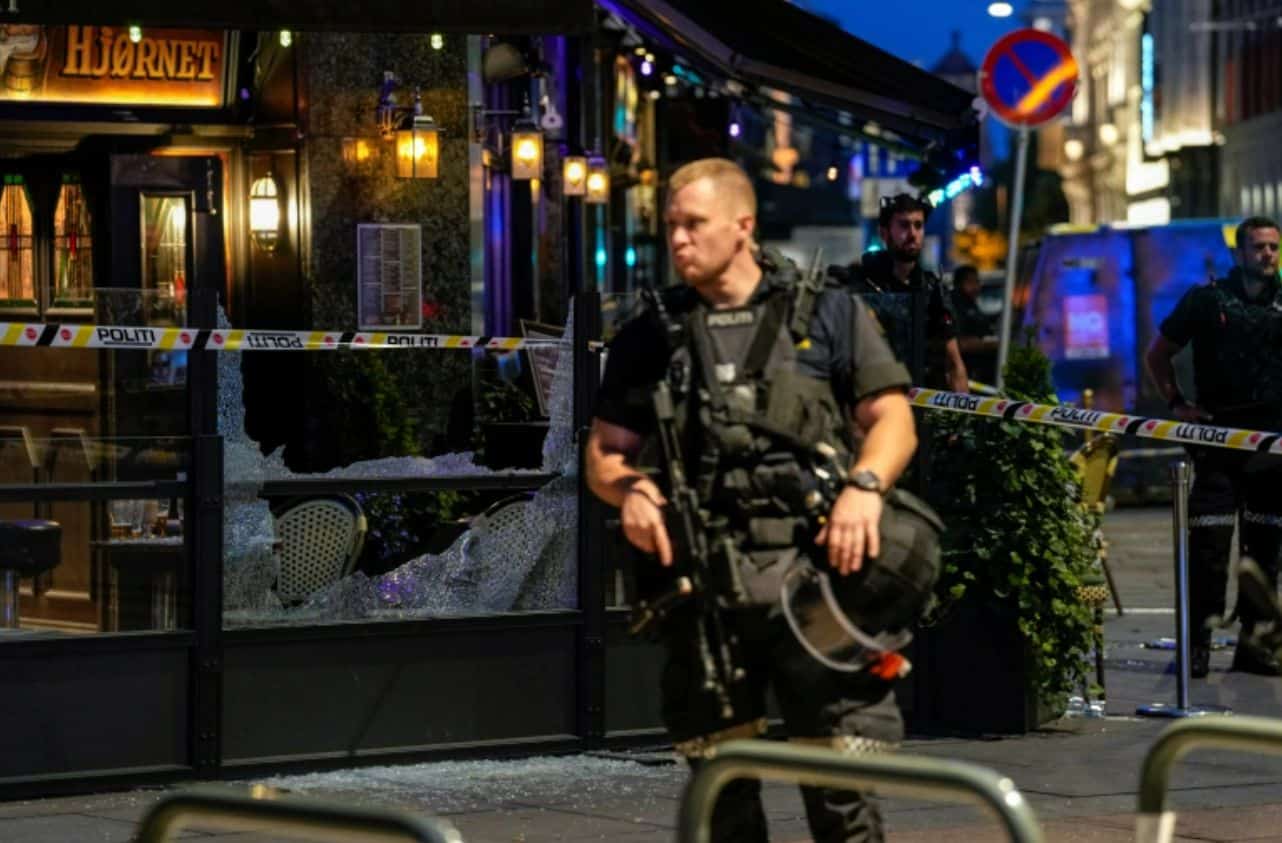 Shootings at a gay club and neighboring streets in Oslo, Norway’s capital, have left at least two dead and 14 injured, police say, just days before the city’s annual Pride march.

On Saturday, Norwegian police said they were investigating the shootings as a possible terrorist act.

According to a police statement, they “are investigating the events as a terrorist act”.  After the shootings, which took place at three different locations, including a homosexual pub in the heart of Oslo, at around 1:00 am local time (2300 GMT Friday), a suspect was detained.

At an earlier press conference, police spokesman Tore Barstad stated, “now everything indicates that there was only one person who committed this act.”

What motivated the attack was not immediately apparent. Norway recently celebrated the 50th anniversary of the repeal of a legislation that criminalized gay sex, and on Saturday, June 24, the city of Oslo will stage its annual Pride march.

In a statement to Norwegian news agency NTB, Prime Minister Jonas Gahr Stoere described the incident as a “terrible and deeply shocking attack on innocent people”.

He said, “we don’t know yet know what is behind this terrible act, but to the queer people who are afraid and in mourning, I want to say that we stand together with you”.

Six of the 14 injured were treated by a medical service, and eight were brought to a hospital.

The gunshot area was being patrolled by heavily armed cops wearing helmets and protective vests. The incident took place next to the Herr Nilsen jazz club, a takeout restaurant, and the well-known London Pub.

According to a witness to the incident, the assailant “looked very determined about where he was aiming. When I realised it was serious, I ran. There was a bleeding man lying on the ground” .

Journalist with the Norwegian national broadcaster NRK Olav Roenneberg claimed to have seen the shooting.

“I saw a man arrive at the site with a bag. He picked up a weapon and started shooting,” Roenneberg explained to NRK. “First I thought it was an air gun. Then the glass of the bar next door was shattered and I understood I had to run for cover.”

“Police are in contact with the organisers of the Pride event this Saturday. There will be a continuous assessment of what measures police should take to protect that event and whether this incident has a connection to Pride at all ,” Barstad told reporters.

On July 22, 2011, right-wing fanatic Anders Behring Breivik carried out a series of violent attacks in Norway, a country where mass shootings are uncommon.

In October, a man with a history of mental health problems admitted to killing five people in the south of the country with a bow and arrows.

You were reading: 2 killed, 14 wounded in A “terrible and deeply shocking attack” in Norway