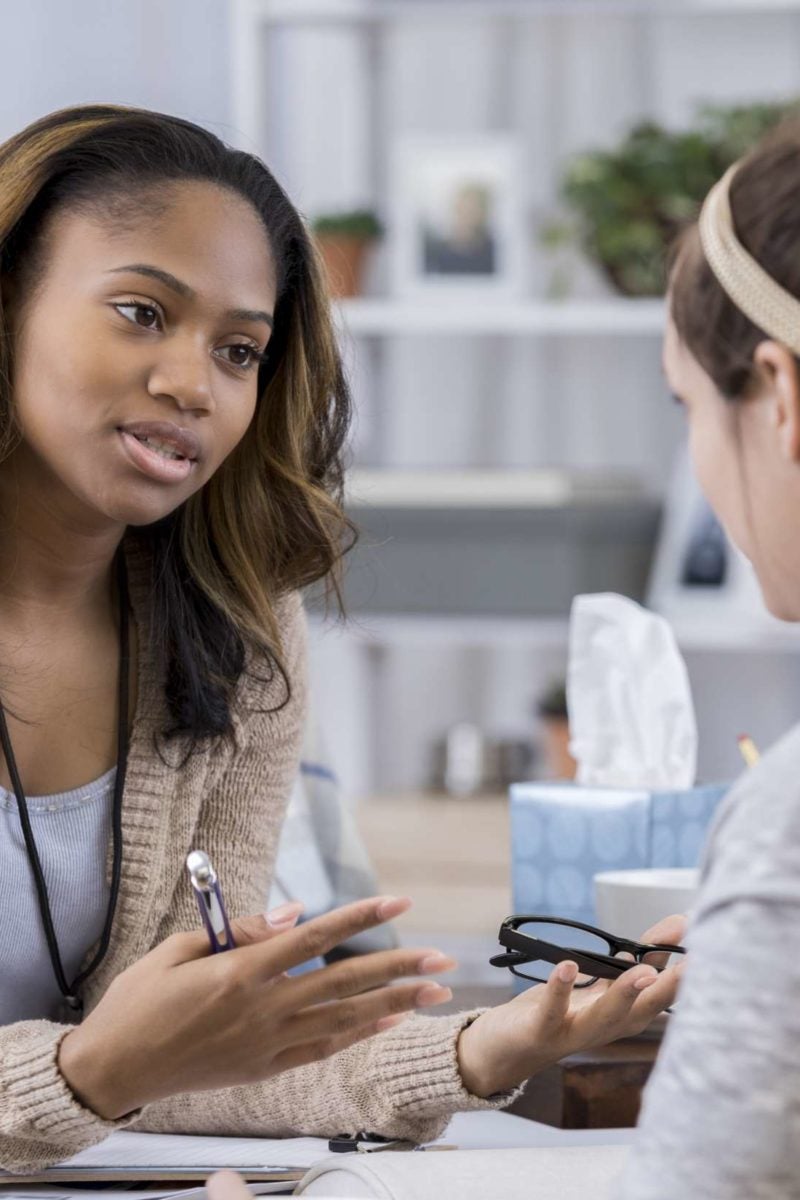 The APA adds that it “embraces all aspects of the human experience, from the functions of the brain to the actions of nations, from child development to care for the aged.”

Psychologists and psychiatrists work together to help people with mental health conditions, but they are not quite the same.

A psychologist treats a patient through psychotherapy, helping to relieve symptoms through behavioral change. The role of the psychiatrist, who is a medical doctor, focuses more on prescribing medication and other interventions to manage mental health conditions.

Share on Pinterest The work of a psychologist can range from counseling individuals with anxiety to advising companies on how to build better teams.

The mind is highly complex, and conditions that relate to it can be hard to treat.

Thought processes, emotions, memories, dreams, perceptions, and so on cannot be seen physically, like a skin rash or heart defect.

While physical signs of some mental health issues can be observed, such as the plaques that develop with Alzheimer’s disease, many theories of psychology are based on observation of human behavior.

A practicing psychologist will meet with patients, carry out assessments to find out what their concerns are and what is causing any difficulties, and recommend or provide treatment, for example, through counselling and psychotherapy.

Psychologists may have other roles, too. They may carry out studies to advise health authorities and other bodies on social and other strategies, assess children who find it difficult to learn in school, give workshops on how to prevent bullying, work with recruitment teams in companies, and much more.

There are different types of psychology that serve different purposes. There is no fixed way of classifying them, but here are some common types.

A clinical psychologist concentrates on the intellectual, emotional, biological, psychological, social, and behavioral aspects of human performance throughout a person’s life, across varying cultures and socioeconomic levels.

Clinical psychology can help us to understand, prevent, and alleviate psychologically-caused distress or dysfunction, and promote an individual’s well-being and personal development.

Cognitive psychology investigates internal mental processes, such as problem solving, memory, learning, and language. It looks at how people think, perceive, communicate, remember, and learn. It is closely related to neuroscience, philosophy, and linguistics.

Practical applications include how to improve memory, increase the accuracy of decision-making, or how to set up educational programs to boost learning.

This is the scientific study of systematic psychological changes that a person experiences over the life span, often referred to as human development.

It focuses not only on infants and young children but also teenagers, adults, and older people.

It also looks at innate mental structures against learning through experience, or how a person’s characteristics interact with environmental factors and how this impacts development.

Developmental psychology overlaps with fields such as linguistics.

Evolutionary psychology looks at how human behavior, for example language, has been affected by psychological adjustments during evolution.

An evolutionary psychologist believes that many human psychological traits are adaptive in that they have enabled us to survive over thousands of years.

A forensic psychologist practices psychology as a science within the criminal justice system and civil courts.

It involves assessing the psychological factors that might influence a case or behavior and presenting the findings in court.

It observes how behavior, biology, and social context influence illness and health.

A physician often looks first at the biological causes of a disease, but a health psychologist will focus on the whole person and what influences their health status. This may include their socioeconomic status, education, and background, and behaviors that may have an impact on the disease, such as compliance with instructions and medication.

Neuropsychology looks at the structure and function of the brain in relation to behaviors and psychological processes. A neuropsychology may be involved if a condition involves lesions in the brain, and assessments that involve recording electrical activity in the brain.

A neuropsychological evaluation is used to determine whether a person is likely to experience behavioral problems following suspected or diagnosed brain injury, such as a stroke.

The results can enable a doctor to provide treatment that may help the individual achieve possible improvements in cognitive damage that has occurred.

Share on Pinterest In a corporate setting, a psychologist can help boost productivity and enhance employee retention.

Occupational or organizational psychologists are involved in assessing and making recommendations about the performance of people at work and in training.

They help companies to find more effective ways to function, and to understand how people and groups behave at work.

Social psychology uses scientific methods to understand how social influences impact human behavior. It seeks to explain how feelings, behavior, and thoughts are influenced by the actual, imagined or implied presence of other people.

Other branches include military, consumer, educational, cross-cultural, and environmental psychology. The number of branches continues to grow.

In a philosophical context, psychology was around thousands of years ago in ancient Greece, Egypt, India, Persia, and China.

Avicenna, the famous Muslim doctor, born in 980 AD, studied and treated epilepsy, nightmares, and poor memory. The first hospitals treating psychiatric conditions were said to have been set up by Islamic doctors in medieval times.

In 1774, Franz Mesmer proposed that hypnosis, or “mesmerism,” might help cure some types of mental illness.

In 1793, Philippe Pinel released the first patients with mental health problems from confinement in a move that signalled a move toward more humane treatment.

In 1879, Wilhelm Wundt, Germany, founded psychology as an independent experimental field of study. He set up the first laboratory that carried out psychological research exclusively at Leipzig University. Wundt is known today as the father of psychology.

In 1890, an American philosopher, William James, published a book entitled Principles of Psychology. It was discussed by psychologists worldwide for many decades. In the same year, New York State passed the State Care Act, in which people with mental health problems were to leave poor houses and enter the hospital for treatment.

In 1890, the American Psychological Association (APA) was founded, under the leadership of G. Stanley Hall.

Hermann Abbingaus, who lived from 1850 1909, and worked at the University of Berlin, was the first psychologist to study memory extensively.

Ivan Pavlov, who lived from 1849 to 1936, carried out the famous experiment which showed that dogs salivated when they expected food, introducing the concept of “conditioning.”

The Austrian Sigmund Freud, who lived from 1856 to 1939, introduced the field of psychoanalysis, a type of psychotherapy. He used interpretive methods, introspection, and clinical observations to gain understanding of the mind.

He focused on resolving unconscious conflict, mental distress, and psychopathology. Freud argued that the unconscious was responsible for most of people’s thoughts and behavior, and for mental health problems.

E. B Titchener, an American, strongly believed in structuralism, which focuses on the question: “What is consciousness?”

William James and John Dewey were strong believers in functionalism, which addressed the “What is consciousness for?”

The debate between the functionalists and structuralists led to a rapid growth in interest in psychology in the United States and elsewhere, and the establishment of the first psychology laboratory in the U.S., at Johns Hopkins University.

In 1913 an American psychologist, John B. Watson, founded a new movement that changed the focus of psychology.

Behaviorism focused on how people learn new behavior from the environment.

Humanists viewed behaviorism and psychoanalytic theory as too dehumanizing.

Rather than being victims of the environment or the unconscious, they proposed that humans are innately good and that our own mental processes played an active role in our behavior.

The humanist movement puts high value on the emotions, free will, and a subjective view of experience.

Introduced in the 1970s, this is seen as the most recent school of thought in psychology.

Cognitive theorists believe that we take in information from our environment through our senses and then process the data mentally by organizing it, manipulating it, remembering it, and relating it to information we have already stored.

Nowadays, psychologists study all these approaches and choose what appears to be best from each approach for a particular situation.

According to the American Psychological Association (APA), in the U.S., a pschologist can become licensed to practice with a doctoral degree in the field of psychology from an accredited university. In addition, each state has requirements for licensure.